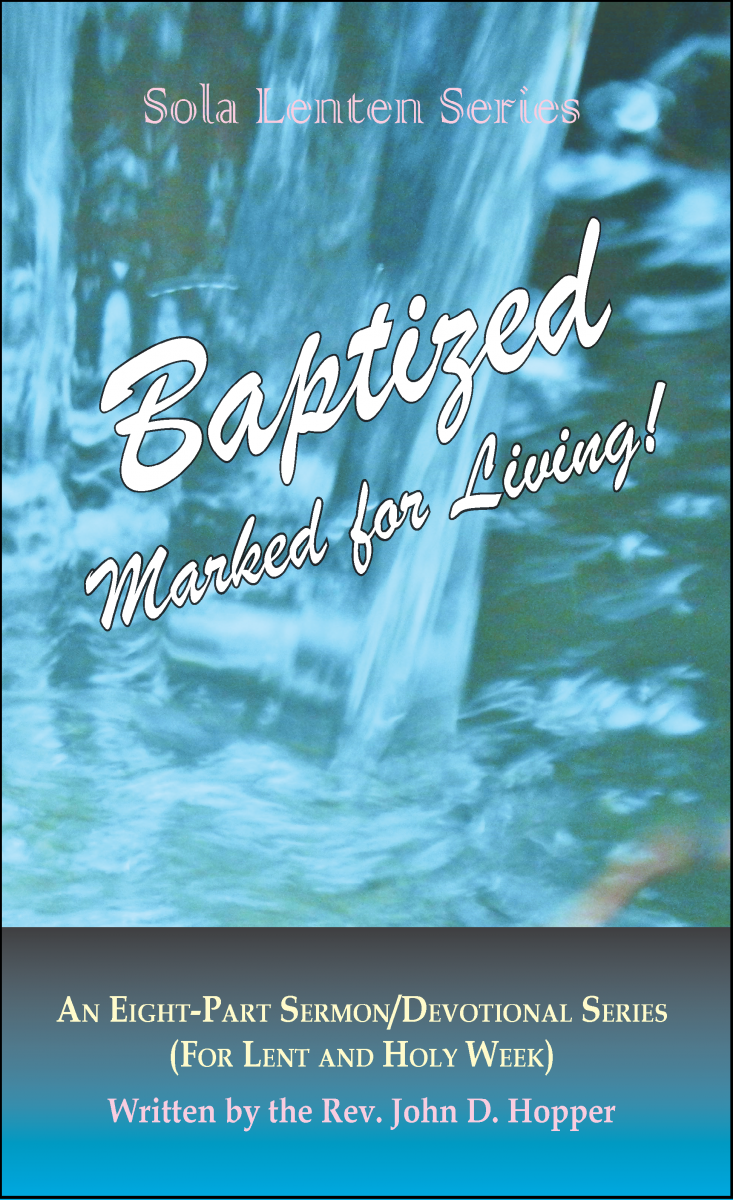 Baptized: Marked for Living!
An Eight-Part Sermon/Devotional Series for Lent and Holy Week

Baptized: Marked for Living! is a series of meditations developed to help readers use the Lenten season as a time for reflection upon who we are as God's covenant children in baptism and how we are to live as people forever marked with the cross of Christ. This series may be used as a family devotional during Lent, or as the basis for a Lenten series in your congregation. Using symbols appropriate to the theme, readers are shown how to create a "home altar" to be used as the centerpiece of their Lenten baptismal journey.