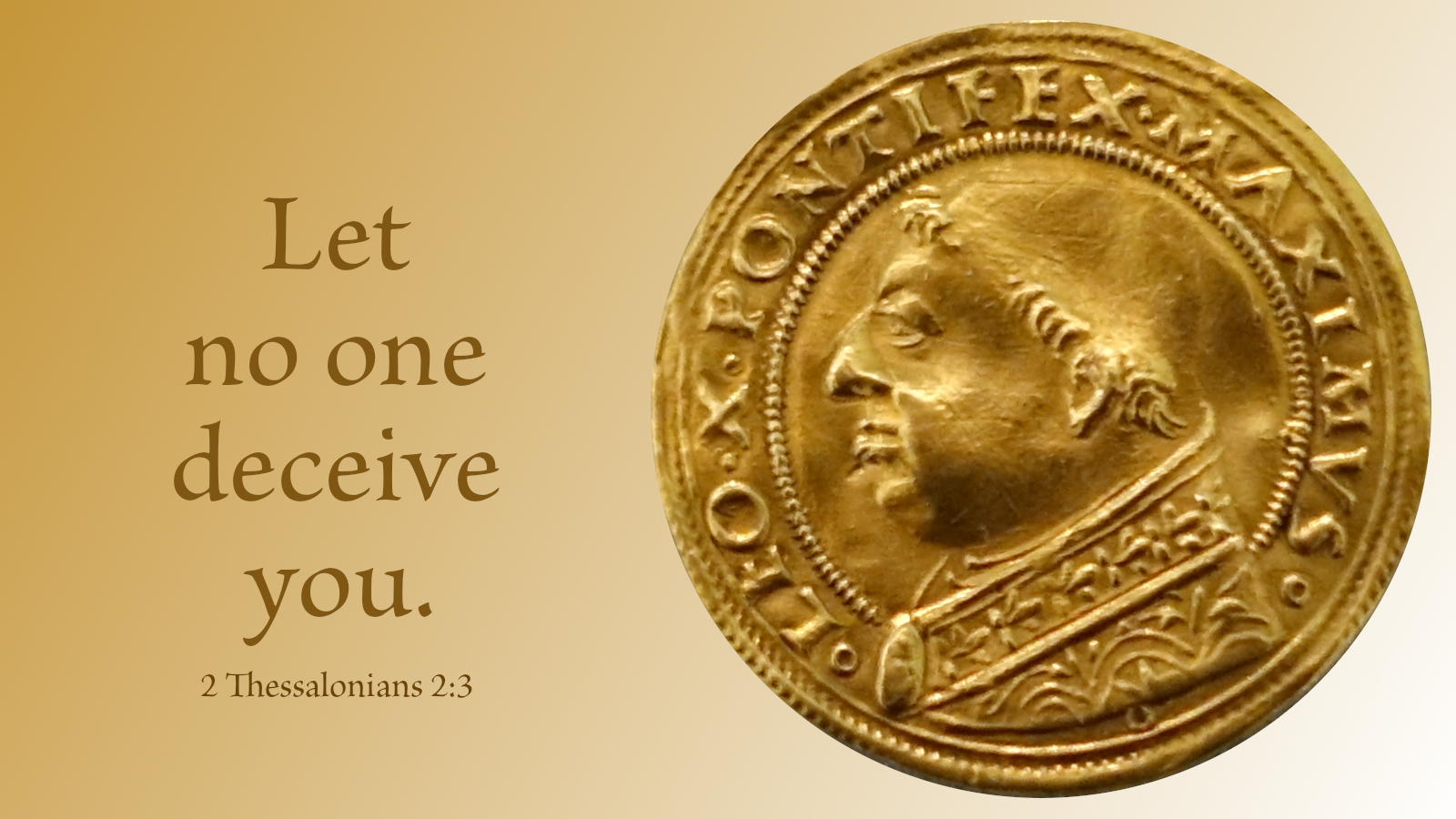 From the Confessions: The Smalcald Articles – part 26

This teaching powerfully demonstrates that the pope is the actual Antichrist, who has exalted himself above and set himself against Christ. For the pope will not allow that Christians are saved unless by his power, which nevertheless, amounts to nothing, being neither ordained nor commanded by God. He is actually doing what Paul says is exalting oneself above all that is called god (2 Thes 2:4).

We cannot have it both ways. Either Christ is head of his Church, or the pope is. It was claimed that the pope was supreme in the Church. Furthermore, it was declared that this must be believed in order to be saved. None of this is found in Scripture. It is not only outrageous; it must be firmly refuted by all Christians, for this is the very spirit of the one we are warned to expect at the end, and that is already in the world (1 John 2:18).

Prayer: Lord, prepare me for the end by keeping me through faith, now and always. Amen.