Lessons in the Lutheran Confessions
Treatise on the Power and Primacy of the Pope â part 6
Pastor Mark Ryman - December 3, 2018 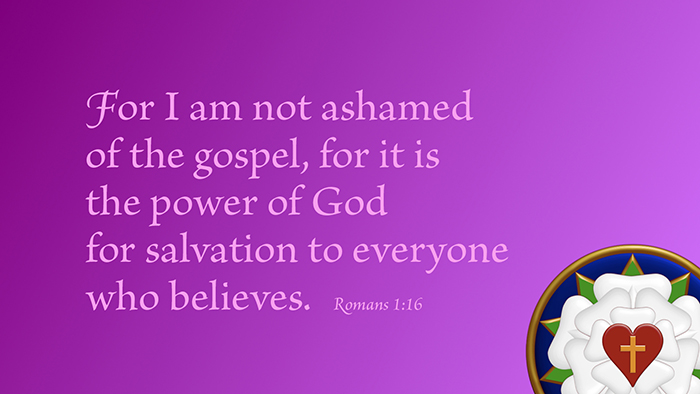 III. John 20:21 records Christ sending out his disciples as equals, without any distinction. When he says, “As the Father has sent me, even so I send you,” he declares that he sends his disciples individually, in the same way he had been sent. Therefore, he grants no one primacy or lordship over the rest.

Pulling It Together: No Christian is to have power over others, let alone more or less power. As the Word was sent into the world, we are sent into the world with the Word. The Word is the power of ordination—not the office. A pastor or bishop is powerless without the Word, despite the office.

Not everyone likes bread sticks. They are fine for appetizers, but it's nice to have some selection. Add in some onion rings, BBQ wings, cheese curds, veggies...and then you've got something! Faith Appetizers is a sampler platter of Biblical Christianity. With an assortment of styles and topics, offering both a challenge and a chuckle, it intends to awaken your days with faith. These 286 devotions are arranged Biblically, from Genesis to Revelation. Like the good God behind our good book, they will work both the mind and heart, sometimes comforting the afflicted and sometimes afflicting the comfortable. Open up and taste one; then pass 'em around.