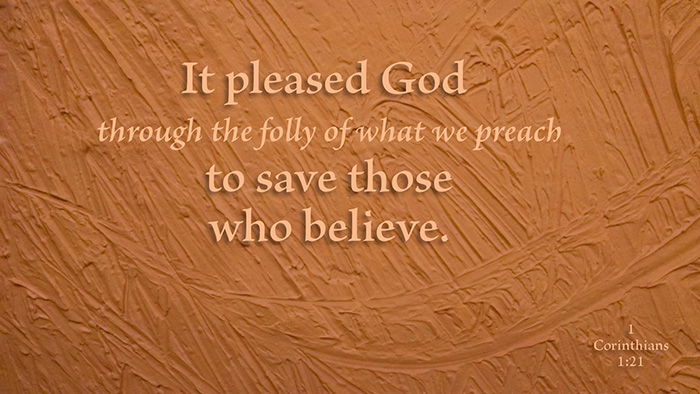 Pulling It Together: Notice how the creed repeats itself. As Paul says, repetition is good for us (Phil 3:1). We need to hear the difficult teachings many times before we begin to understand. So we hear again that each of the three Persons of the Trinity are uncreated. This time, it is refined a bit, just to be sure we do not mistake the meaning. There are not three fathers, or three sons, or three spirits. There is one of each and those three are one God. Next, we hear a very valuable, direct statement in the creed. No doubt this statement is present because people wondered about “begottenness” and procession. Did these words in the Nicene Creed indicate that the Father was first and the Son and the Spirit came after him? The Athanasian Creed makes it very clear: “in this Trinity none is before or after other.” But is the Father somehow greater than his Son, the Spirit less than the Father and Son from whom he proceeds? “None is greater or less than another.” The oneness of the Trinity is to be worshiped because this is God. And each of the three in the Unity is to be worshiped, for each is God.

The final sentence for our consideration today is surely in reference to those who hold to the heresies that the creed addresses. Certainly, God alone will judge persons but they would be wise to know who God is if they would depend upon him. It is not that one must say “amen” to the Athanasian Creed in order to be saved. Faith in the God whom the creed names, however—the Father, the Son, and the Holy Spirit—is very necessary to salvation.

All those who believe and trust in Jesus as their Savior are both saints and sinners. The same was true of the people in Holy Scripture.

By virtue of our baptism into Christ, we are made holy by his saving grace. This is not something we do on our own, but something that is imputed to us by Jesus. At the same time, we are plagued by that age-old sin that makes us want to be in control of our own lives. As those who are called by God to follow Jesus in obedient discipleship, we, like many before us, have been called to be witnesses to God's saving grace in Jesus Christ.

This seven-session study is the first in a three-part series on Saints and Sinners in the New Testament who were powerful witnesses to the faith in Christ. May this study of saints and sinners enrich your understanding of life with Christ and encourage you in discipleship.  https://www.solapublishing.com/saints-and-sinners-vol.-1-participant-_A-5010