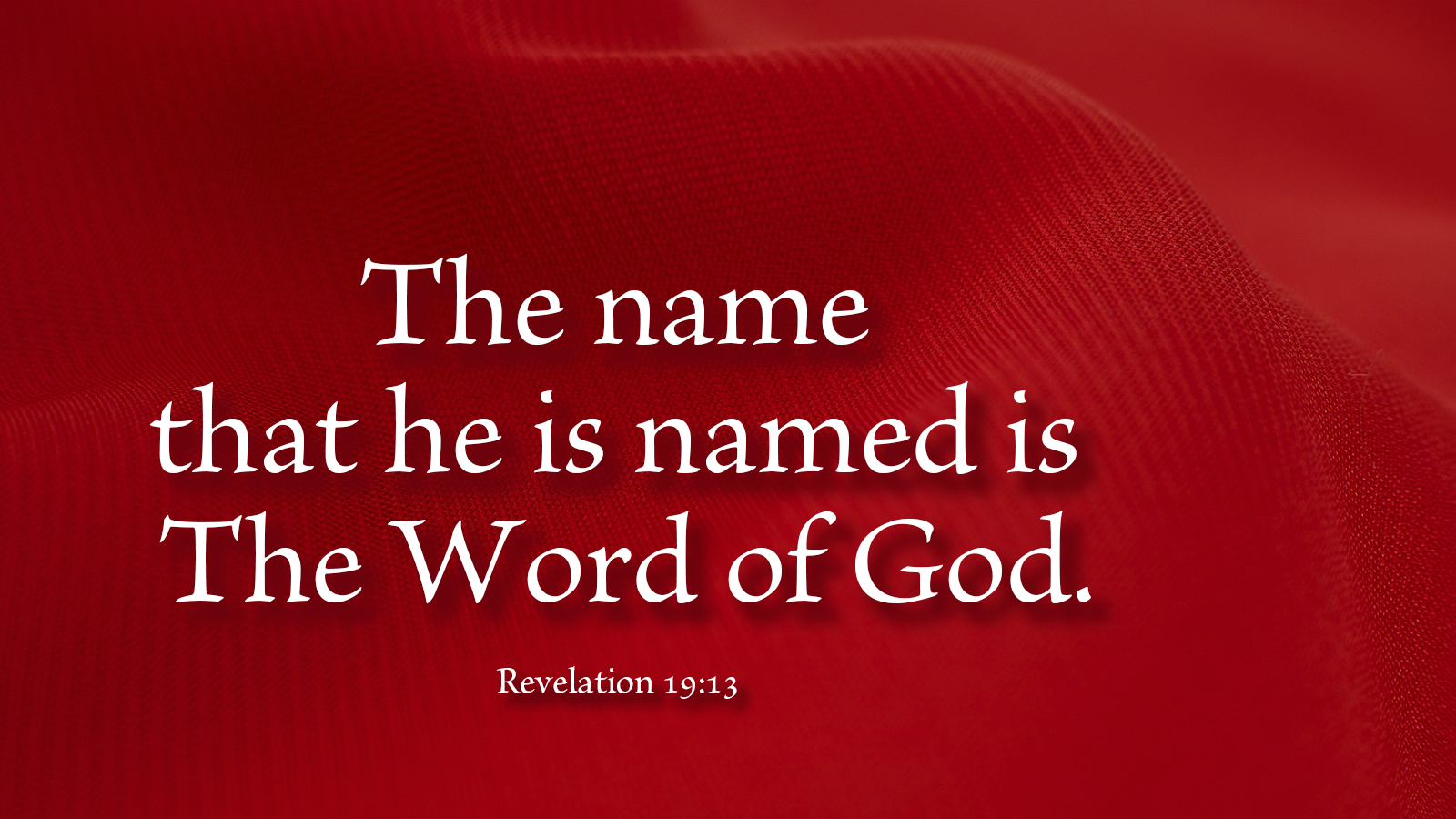 From the Word: 11 And I saw heaven opened, and behold, a white horse, and the one sitting upon it is called Faithful and True, and in righteousness he judges and wages war. 12 His eyes are a flame of fire, and upon his head are many crowns. And he has a name written that no one but himself knows. 13 He is arrayed in a robe dipped in blood, and the name that he is named is The Word of God. (Revelation 19:11–13)

Pulling It Together: We are not forsaken (Isa 62:12; 2 Cor 4:9), for we have a righteous deliverer, riding in on the horse of a champion and conqueror. The war he wages is cosmic, a battle with death itself. He does not engage the forces of flesh and blood but all the armies of evil and the devil. He fights with the sword of the Spirit (Eph 6:17), the word of his mouth, the invincible “it is written” (Matt 4:7) over which even hell’s general is unable to prevail. It is by this Word of God that we are absolved. His word is enough. Those who believe in Christ Jesus, The Word of God, triumph with him (2 Cor 2:14) since by that Name we are forgiven of the sin that would have defeated us. When we pray, “forgive us our trespasses,” we are asking the Father to deliver us from sin, death, evil, and the devil. He hears our prayer before we can ask it, opening heaven, and answering with the only solution in all of heaven: The Word of God.

Prayer: Thank you, Lord Jesus Christ, for your righteous victory over my sin. Amen. 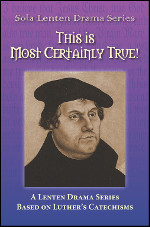 This is Most Certainly True! is a six-chapter mid-week Lenten Series features monologues from Martin Luther himself, based on his writings in the Large Catechism. Luther explains eloquently and simply what each part of the catechism means for us as believers and ends it with an affirmation of certainty: "This is most certainly true!"

Luther's thoughts have been transformed here into dramatic monologues so that we might hear and meditate on the foundations of our Christian faith. In addition to a sample worship service outline, there are hymns suggestions for each monologue and opening dialogues for worship based on the parts of the Small Catechism.