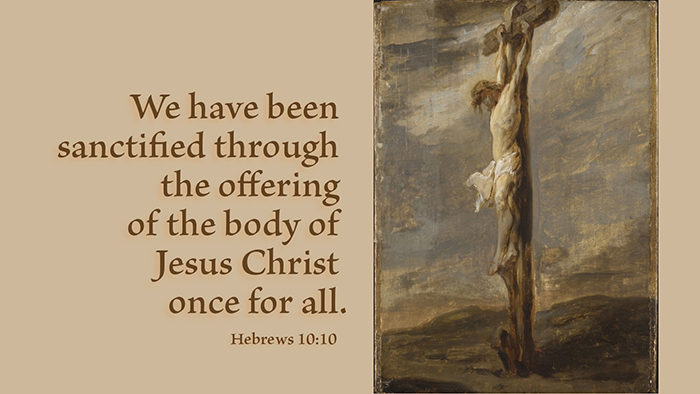 There are only two kinds of sacrifice—no more. One is propitiatory sacrifice: a work of satisfaction for guilt and punishment that reconciles God, or appeases God’s wrath, or that merits the forgiveness of sins for others. The other kind is the eucharistic sacrifice, which does not merit the forgiveness of sins or reconciliation, but by it those who have been reconciled give thanks or show gratitude for the forgiveness of sins and for other benefits received. We must keep in view these two types of sacrifice during this controversy, as well others, taking care not to confuse them. If the limits of this book would allow, we would add the reasons for this distinction, as it has many testimonies in the Epistle to the Hebrews and elsewhere.

Jesus ended the former type of sacrifice, that is, animal sacrifice for the purposes of reconciliation with God and the forgiveness of sin. Therefore, since that sort of sacrifice has been ended by Christ himself, we have no business offering a sacrifice of the altar that would be said to afford remission of sin or to appease an angry God. In Christ’s single sacrifice rendered for all people for all time, he offered himself as the perfect Lamb who takes away the sin of the world (John 1:29)—both original sin and all of our various sins as well.

Prayer: Thank you, Jesus, for doing the will of your Father. Amen. 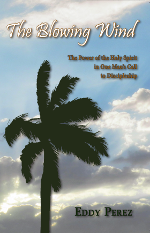 In The Blowing Wind, Pastor Eddy Perez gives a heartfelt and unvarnished recounting of the Holy Spirit's amazing work in his life and in the lives of others. In addition to speaking to the power of the Third Person of the Trinity, Pastor Perez's story also offers readers a rare glimpse of the day-to-day struggles of simply being a Christian under Cuba's communist regime, culminating with the cliffhanger account of his escape to the United States.