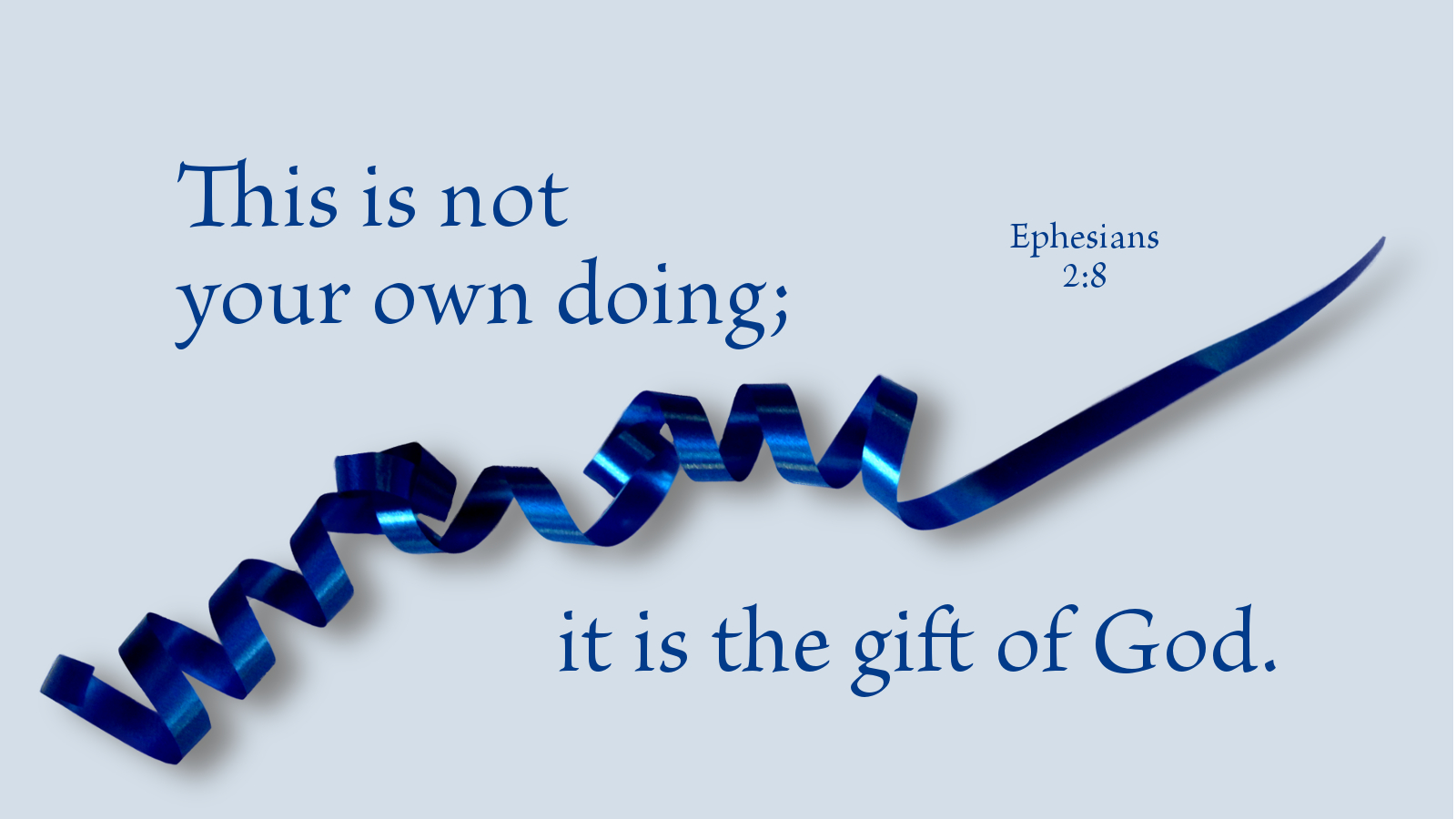 Click above for larger graphic. • Photo  • Index of Scripture Graphics and posts by Scripture reference

O Christ, how long will you bear these reproaches with which our enemies treat your gospel? We have said in the Confession that the forgiveness of sins is received freely for Christ’s sake, through faith. If this is not the very voice of the gospel, if it is not the judgment of the eternal Father, which you who are in the bosom of the Father has revealed to the world, we are justly blamed. But your death is a witness; your resurrection is a witness; the Holy Spirit is a witness; your entire Church is a witness, that it is truly the judgment of the gospel that we obtain forgiveness of sins, not because of our merits but, because of you, through faith.

Years ago, my Dad took me to a Cincinnati Reds baseball game. On the way, we ate at a restaurant he liked. Over his protests, I bought my meal. He had already purchased the tickets to the game and would not take my money for the ticket. So, I bought the game magazine. He liked to look up information on the players and especially to keep score. He loved to scratch hits and runs in those tiny boxes. Later in the game, he mentioned that a cup of coffee sounded good, so during the seventh inning stretch, I jumped up and went to the concession stand. He was disappointed when I handed him the cup, and said that he was going to get us each a cup when the concessions guy walked by. I could not, for the life of me, figure out why he was so disappointed—even disapproving.

After describing the day to my wife, she said something to the effect of, “Why didn’t you just let him treat you on your birthday?” I had no idea this had been my Dad’s attempt to say happy birthday. I got so caught up in my ability to pay my own way, that I missed out on the gift.

Prayer: Help me to receive your gift of grace, O Lord, with thanksgiving and humility. Amen.