Click above for larger graphic  • Index of Scripture graphics and posts

Pulling It Together: The justification of sinners is received as God’s gift, not because of religious or moral activity. Justification is a legal term, appropriated by the Apostle Paul to express God’s great gift. It means that a person is vindicated of a crime. So, let us imagine what that looks like. You are served an arrest warrant, brought to the courthouse, and appear before the judge. The judge reads the charge: you have committed crimes against the state—and there is substantial evidence to prove the veracity of the charge. You are indeed this criminal, and the penalty is death. As your life flashes before your eyes, you try to make sense of the words you now hear coming from the judge’s mouth. You have been forgiven your crime. No fee need be paid—not even court costs. No jail time or community service will be required. It is only the good grace of the judge, freely offered to you, that now makes you a just person. Now, the judge is not being impulsive or unjust. Your punishment has been paid by another; the court is satisfied.

This is what happens through the grace of God by the blood of Christ. You are guilty as charged but the Judge absolves you because Christ has satisfied the righteous requirement of the law. You have been justified “by faith” in the Son of God. Christ earned your salvation. Not you. Christ alone.

Prayer: Thank you, Father, for the great gift of your redeeming love. Amen. 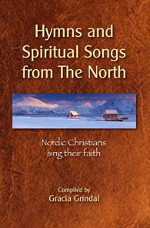