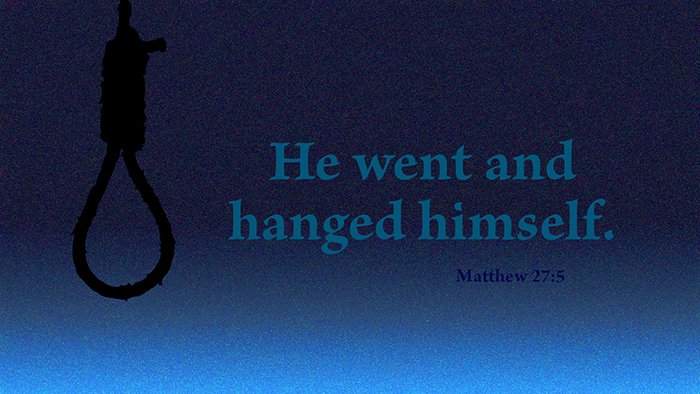 Whenever the law exercises its function alone, without the gospel being added, there is only death and hell, and people must despair, like Saul and Judas. St. Paul says, the law kills through sin (Rom 7:10). On the other hand, the gospel brings consolation and forgiveness in more ways than one, for with the Lord there is bountiful redemption (as Psalm 130:7 says) from the dreadful captivity of sin, available through the Word and Sacraments and the like, as we shall soon hear.

For now, we must contrast the false repentance of the sophists (the scholastic theologians) with true repentance, so that both may be the better understood.

Pulling It Together: Judas sold out Jesus, his rabbi and Lord, for thirty pieces of silver. Would his Lord not forgive him for doing so? Of course, Jesus would forgive his disciple; he loved him. But all Judas could hear was the accusation of the law. In the despair of its condemnation, he could not hear his Lord’s word of grace.

Peter denied even knowing Jesus, and left him to suffer and die alone. If all Peter heard was the law, he too would have lost hope. Peter, however, did not simply hear the law hammering in his ears; he heard the gospel ringing in his heart. Though Peter had done something terrible and heartless, he knew the true heart of Christ. He believed his Lord’s promise of forgiveness, confessed his error, repented, and so, remained in faith. Had he been left to his own devices, he could not have recovered from so grievous a betrayal, and subjected himself to a similar fate as Judas, whether bodily, or emotionally and spiritually.

Prayer: Give me such faith in you, O Lord, that my despair always runs to your Word and promise of grace. Amen.