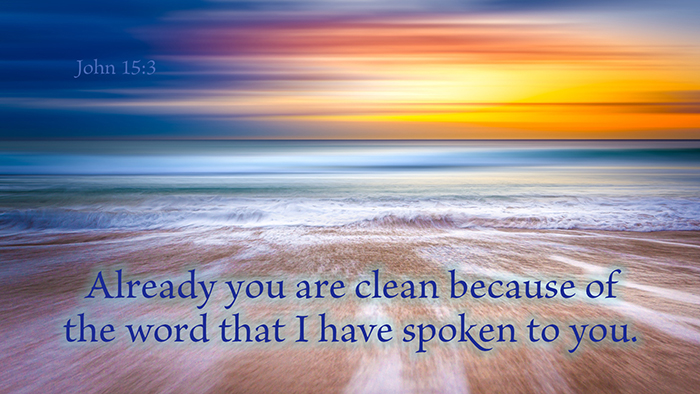 From the Confessions: The Smalcald Articles – part 124

Pulling It Together: The Word of God sanctifies all whom it touches. This cleansing does not happen to people because they do holy things but instead, because the holy God has forgiven them of all their sin. Believers are cleansed through faith in him, and so, in what he promises. His Word accomplishes this holying in us. Now, we must abide in his Word so that we are cleansed daily and bear fruit of the Vine, who is Christ, the living Word of God.

Prayer: Cleanse me again today, Lord God, and give me faith to abide tomorrow. Amen. 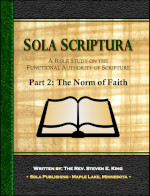 A Latin phrase meaning “Scripture Alone,” Sola Scriptura is one of the traditional Lutheran slogans used since the time of the Reformation. It expresses our confession that Scripture is “the only rule and norm according to which all doctrines and teachers alike must be appraised and judged.” Using the familiar phrase as its title, Sola Scriptura is an advanced-level Bible Study in a two-part series, of six chapters each, on the functional authority of Scripture. For those who would like to cover the topic in detail, there is enough material to cover each chapter in two sessions, making each part a 12-week study.