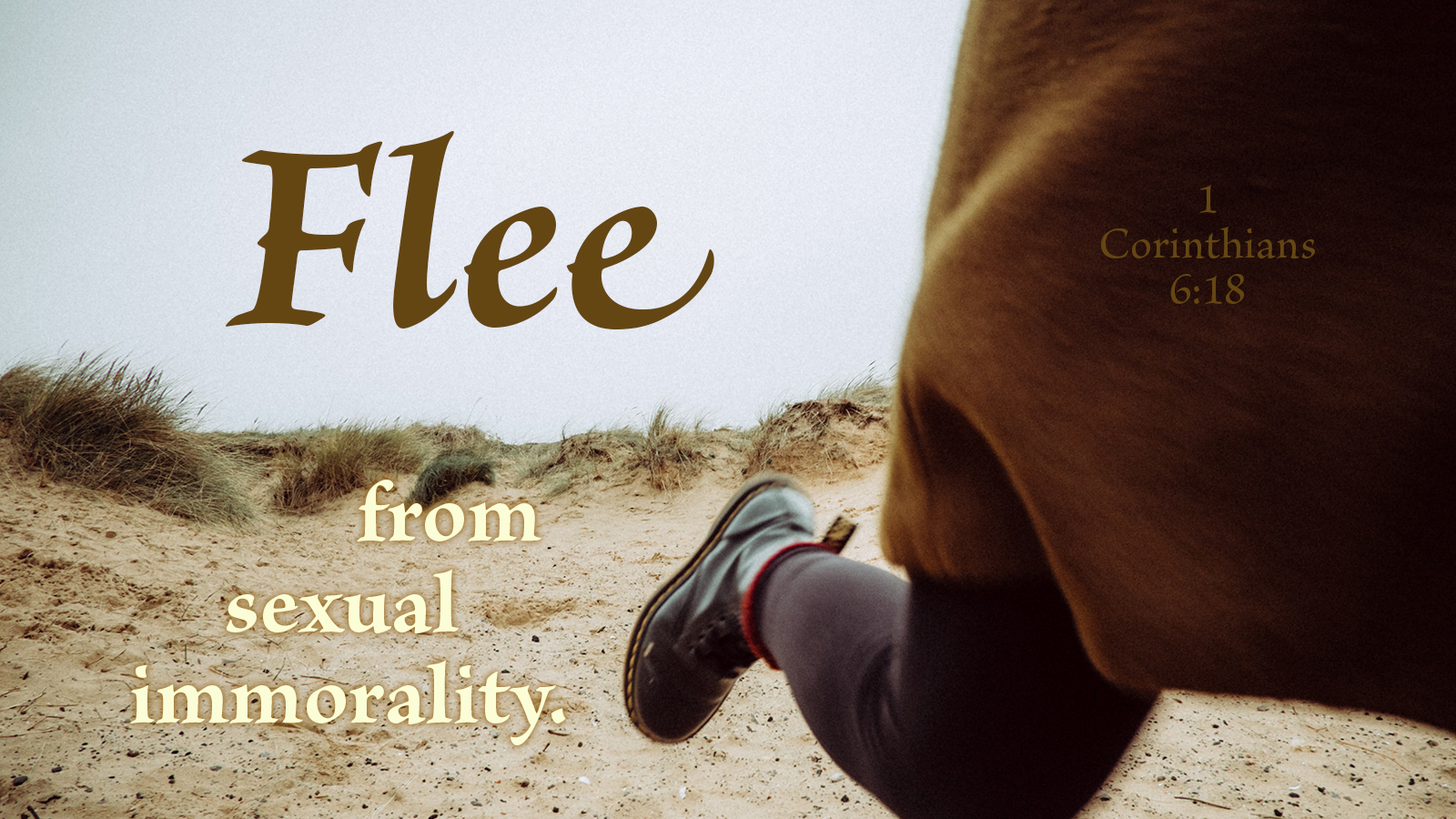 From the Word: Flee from sexual immorality. Every sin that a person commits is outside the body, but the sexually immoral person sins against his own body. (1 Corinthians 6:18)

You shall not commit adultery.

We should fear and love God so that in matters of sex we are chaste and disciplined in our words and actions, and that husband and wife love and honor each other.

Paul urges the Corinthians to flee from sexual sin. This would include fornication and adultery, to name a few. One flees something by running away. Yet, the wise person does not run aimlessly; rather he runs toward a different, better goal. Otherwise, one might run from something evil into something else that is evil, or as we say, from the frying pan into the fire. Have a goal in mind for when temptation occurs.

Later in this first letter of Paul to the church in Corinth, he tells them to flee idolatry too. The two—sexual immorality and idolatry—seem connected in the apostle’s thoughts. This may give us a clue as to where to fly when temptation to sexual sin strikes. Flee from that sin—to God. The old catechisms tell us to escape the fire of sexual sin by quenching it under the flow of God’s Word and prayer. We should also avoid the occasions that these temptations seek. No longer go where the temptations lurk; go where God is to be found. Flee! Flee to him.

Prayer: Create a clean heart with me, O God. Amen.