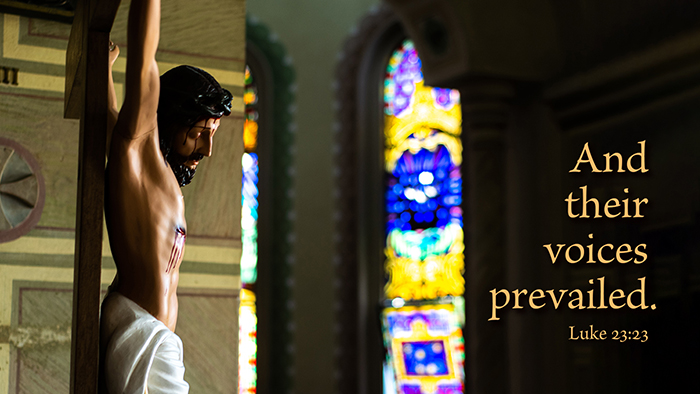 From the Word: 22 And he said to them the third time, “Why? What evil has this man done? I have found no guilt in him deserving death. I will therefore chastise him and release him.” 23 But they lobbied with loud voices, demanding that he be crucified. And their voices prevailed. 24 So Pilate resolved that their demand should be granted. (Luke 23:22–24)

Pulling It Together: Jesus, innocent man and holy God, was condemned to suffer the cruelest death the Romans had at their disposal. He would be crucified. His crucifixion was mere expedience in Pilate’s mind; it would silence the mob. Yet, the rabble continues to shout. Humanity’s sin persists in its piercing petition for the death of its Savior.

Nonetheless, Jesus, only Savior of a lost and condemned world, has already died. His death was no expedience, but a suitable sacrifice to God, one that redeems the world, and frees it from sin and death. This redemption is received through faith in Christ Jesus, the holy and innocent God-man, who suffered and died so that we might live—forever.

Prayer: Thank you again, Lord Jesus, for your obedience, even to the point of death on the cross. Amen. 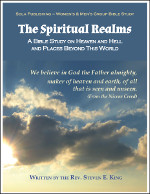