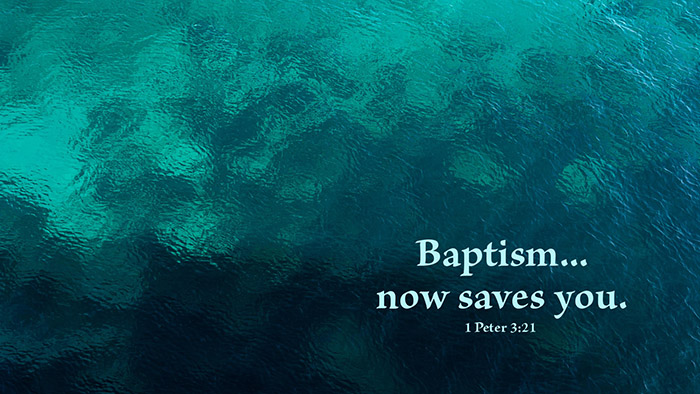 They condemn the Anabaptists, who reject the baptism of children, and say that children are saved without Baptism.

Lutherans confess that baptism is “necessary for salvation.” Because Johann Eck, a German defender of Roman Catholicism, tried to lump Lutherans in with more radical players in the Reformation such as the Anabaptists who did not believe in the baptism of children, Melancthon asserted that Lutherans also believed children were to be recipients of God's grace along with adults. As there is no way to receive God's grace without baptism, strictly speaking from Scripture, they condemned the idea that children—or anyone else—received grace without baptism.

This is the thrust behind the doctrine of the baptism of children. Just as Scripture does not give an example of children being baptized (outside of entire households being baptized and that in such cases children may have been included [Acts 16:33]), there is no teaching against it. There is teaching however, to baptize and that baptism saves (1Pet 3:21). So, we confess what the Scripture does say: baptism is needful for salvation.

Prayer: Thank you, God and Father of our Lord Jesus Christ, for saving me according to your mercy. Amen. Views of Baptism is written for a range of readers including the parent or sponsor about to baptize a child, the adult who wants to understand baptism more fully, and the professional teacher or preacher who needs the truth about baptism stated simply but backed by careful research. This book explores three views of baptism: the individual-centered view, the means-of-grace view, and the Roman Catholic view. It includes a description of how Christian baptism came to us in stages from its Jewish roots. A question and answer section addresses specific matters often raised when people contemplate baptism.

As Lutherans, we believe that infants should be Baptized. What if they're not? What if a child dies without being Baptized? Always a troubling question for me.
2

The short answer is: that child is in God's merciful hands. Now, I'll try to answer your question and see if I can keep it brief! It is important to think of baptism, Nancy, as a command from God, which of course, it is. To think of it as insurance (which many people certainly do) would cause some to exclaim, "Oh! No! I didn't buy it in time." We know we can't buy God's favor but often we think about it that very way. Switch your thinking to Holy Communion for a moment. I'm sure you've known of people who take communion and then immediately leave worship. At once, I think of the importance that those folks put on Communion but then wonder if they think they have checked off the list something that they had to do that week. Neither Holy Communion or baptism should be thought of that way. The Sacraments are not things we do to satisfy an angry God. They are responses to divine command. They do not buy God's favor; they are responses to what God wants from us. Ordinarily, a person can be baptized as soon as possible (Acts 22:16). When they cannot be (and there are lots of scenarios beyond what you mentioned), they are, as I said above, in God's merciful hands. It is those who reject God's grace by refusing baptism who have the real concern, not those who couldn't get it done in time. What you are asking about falls in the latter case. Not being able to baptize is a matter easily trusted to our loving God. Rejecting his grace and disobeying him however, should trouble one's conscience.
3

Thank you, Pastor Mark. I have asked this question so many times and never really had a clear response. It always seemed that the person (usually a Pastor) was hedging. One even told me, "Nope..they can't get to Heaven." I just couldn't believe that! Thanks for making my day.
4