Lessons in the Lutheran Confessions
Concerning the Power of Bishops, Part 13
Pastor Mark Ryman - May 1, 2015 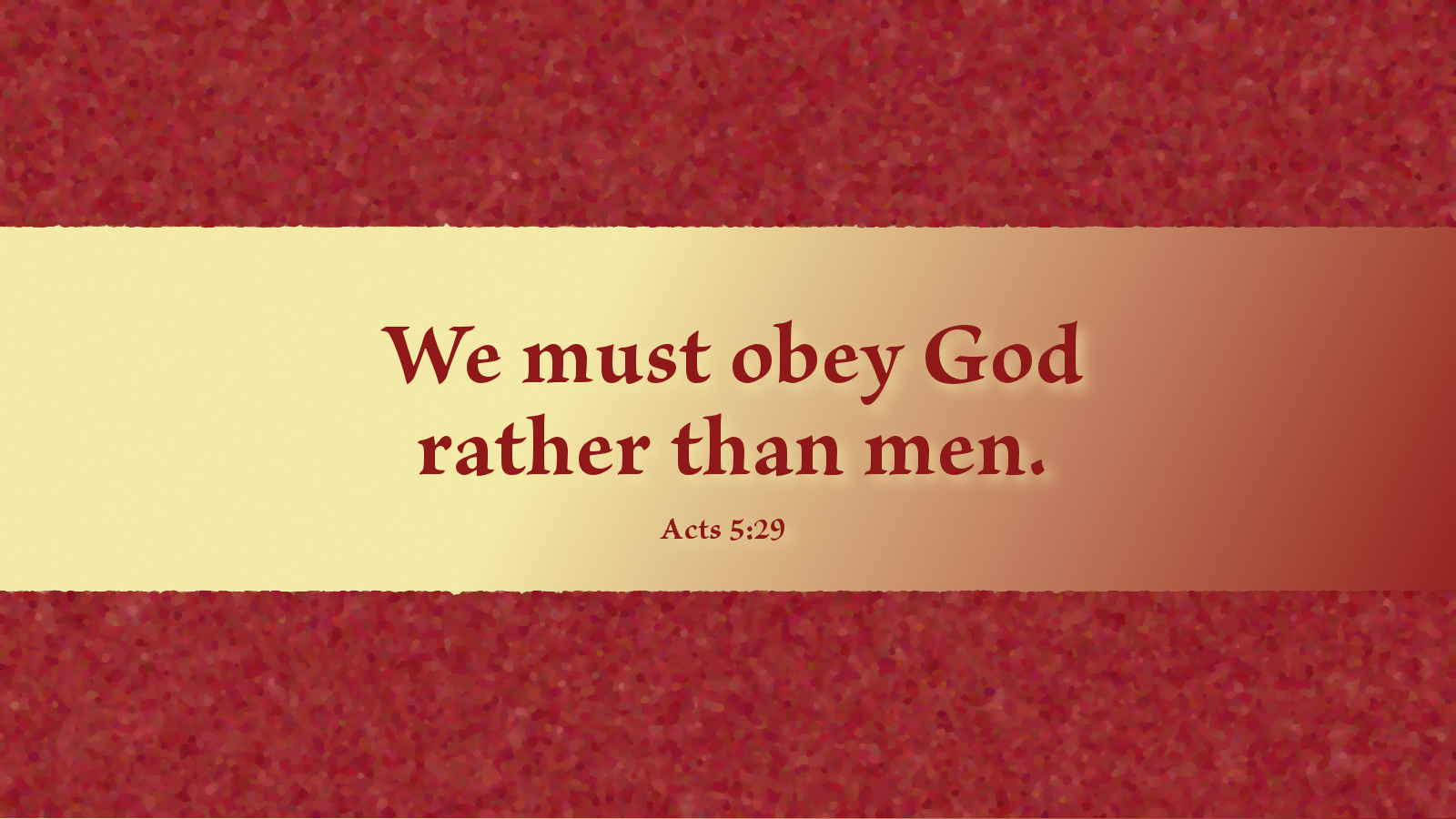 The Lutherans would not back down when it came to the unmistakable teaching of the gospel. The keeping of rules would never do—not when it was said that by doing so, God's grace could be earned. What difference did it make that the Church said so? God says otherwise. Scripture is clear. The grace of God is a thing given to people without their having lifted a finger to merit divine favor. Keeping man-made promises adds nothing to the promises of God. The regulations of bishops is an insult to Christ who abolished the law of commandments declared in ordinances (Eph 2:15). So the Lutherans asked only that the aim of the gospel be considered when it came to traditions and regulations in the churches. When a tradition could not be observed without offending the Christian conscience, they made it clear that their churches would obey God instead of that tradition of men. They also made it known that they saw an approaching division that could be avoided by removing the veneer of deceitful traditions, and returning to the pure teaching of the gospel.

The Sola Online Worship Resource (SOWeR) also includes bulletin templates. There are word processing templates for both communion and non-communion services. There are also templates for Sola, LBW, and Reclaim service settings. SOWeR is a lectionary-based web resource for Scripture lessons, lectionary inserts, children's bulletins, devotionals, text studies, prayers, hymn-planning, and much more! Join the hundreds of congregations who have discovered how simple, flexible, and useful SOWeR is for worship planning and sermon preparation. This brochure will answer more questions about SOWeR. Call 1-888-887-9840 to order a yearly subscription.