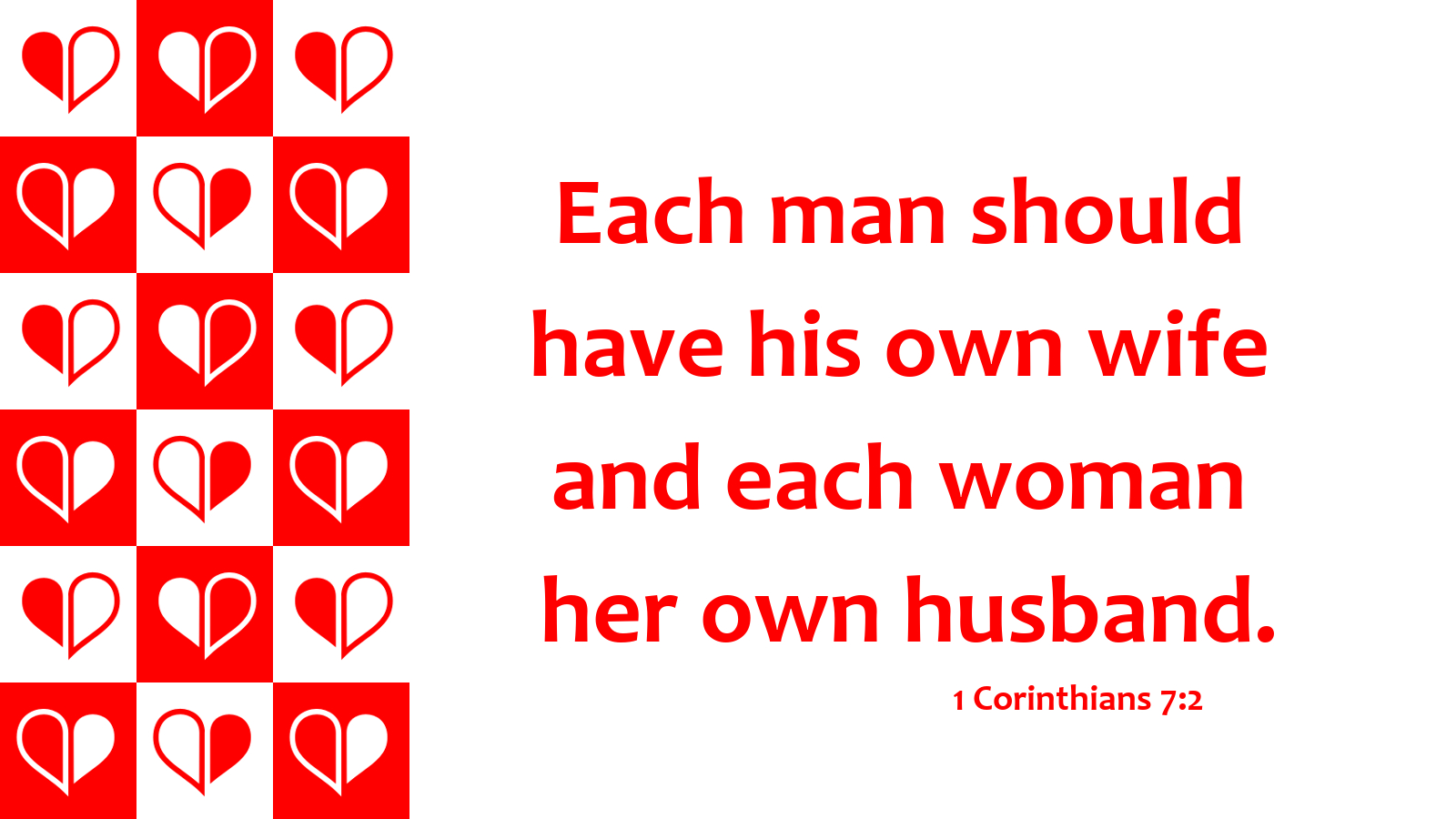 Thirdly, Paul says to avoid fornication by letting every man have his own wife. This is an explicit command pertaining to all who are not fit for celibacy (1 Cor 7:6-7). Our adversaries demand that we show them a command that commands priests to marry—as though priests are not men! We maintain that whatever pertains to human nature in general also is to be applied to priests.

Pulling It Together: Evidently, the notion of celibacy had been raised with Paul by the Corinthians (see quotation marks in verse one). The apostle gives a conditional response. There are some who have received special graces from God, so that they may be celibate. However, it does not follow that this grace applies to priests. The fact is, that imposing celibacy upon the priesthood has had scandalous results—in our own time and in previous ages. In order to avoid this the apostle urges each man and woman to be married unless especially gifted by God.

Prayer: Lord, be glorified in the marriages of your Church. Amen.

In the Luther Household is a six-session Bible study on the Lutheran understanding of marriage and family. Based on foundational texts from Scripture, the study also draws from the real-life experience of Martin and Katie Luther, who were not only husband and wife, but the parents of several children. It includes excerpts from Luther's personal writings to family and friends as they faced the good and bad that come in everyday living.