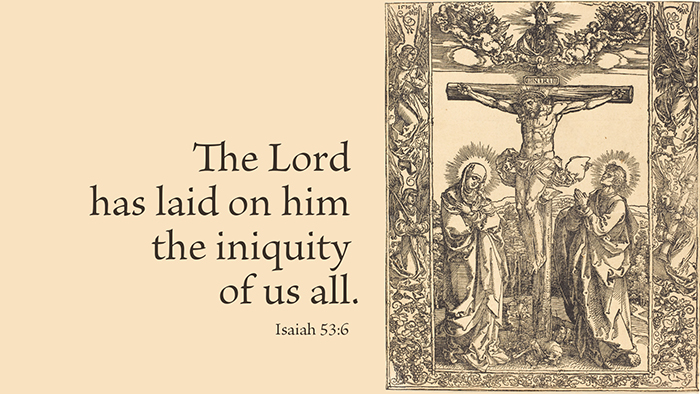 The so-called Levitical propitiatory sacrifices only pointed to a future atonement. They were satisfactions by analogy, purchasing a righteousness of the Law so that those persons who sinned would not be excluded from the community. But after the revelation of the Gospel, they had to cease. Since they had to end with the revelation of the Gospel, they were not truly atoning sacrifices since the Gospel was promised for that very reason, that is, to set forth the atonement.

Pulling It Together: After the true sacrifice had been accomplished, all analogous and ceremonial sacrifices should cease. What they pointed toward had already been accomplished in Christ’s cross. There is no reason to use something lesser when it only pointed toward the fulfillment. This would be like handing a person who was dying of thirst an empty cup and telling him to drink deeply of the water that would one day appear, while holding a cup of water in the other hand. Only Christ crucified attends to our transgressions; in him alone is forgiveness of sin. No other sacrifice atones but that Lamb of God upon whom our iniquity has been laid.

Prayer: Thank you, Lord, for bearing my curse. Amen. 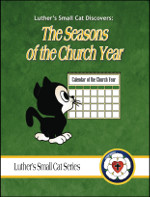 Luther's Small Cat Discovers: The Seasons of the Church Year is written for 4th grade level students. This book takes students through the church year, accompanied by Luther’s Small Cat — a character who is just as inquisitive and precocious as the students. May your journey through the church year bring you closer to Christ, who walks through each moment of life alongside you.