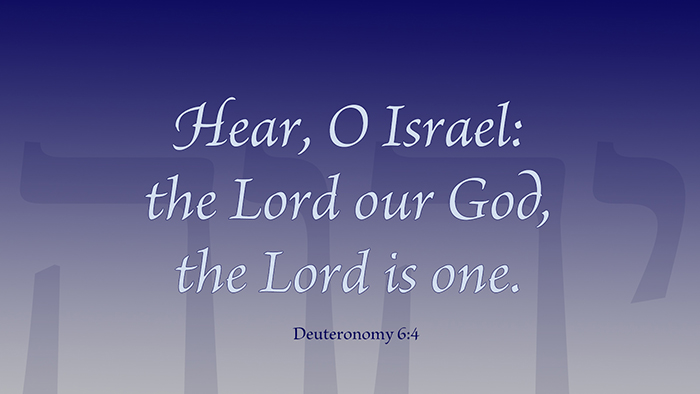 From the Confessions: The Ecumenical Creeds, The Apostles’ Creed, part 2

The Shema (meaning “hear” or “obey”) states that God is one God: “Hear, O Israel, the LORD, the LORD is one” (Deut 6:4). However, the English translation obscures much in this verse. Were we to translate the verse literally it would read: Hear, O Israel, YHWH, our Gods, YHWH is one.

God’s name is YHWH (written without vowels in Hebrew) which is pronounced Yahweh or somewhat archaically, Jehovah. We do not know the exact pronunciation of God’s name. Hundreds of years before the birth of Jesus, this uncertainty led to a substitution of YHWH in Scripture with the word Adonai, meaning “Lord,” an effort to keep from mispronouncing, and perhaps therefore, taking God’s name in vain. We capitalize LORD (and sometimes GOD) to indicate where this substitution occurs in the Old Testament.

The Shema states that the LORD, Yahweh, is “one Gods.” Here is a mystery that Christians should readily understand, for in the New Testament, we read that God is named as Father, Son, and Holy Spirit. Luther advises, “Here it is written that the one Lord (a name which is given to no one in the Scriptures except to the real, single God...) is our Elohim or “Gods,” to indicate that God is single in substance and yet the three Persons are distinguishable, as has been said” (Luther's Works, vol 34, pp 225–226).

When we say that we “believe in one God,” as the Apostles' Creed plainly outlines, we name the one God as Father, Son, and Spirit.

Prayer: Increase my faith in you, Father, Son, and Holy Spirit, one God now and forever. Amen. 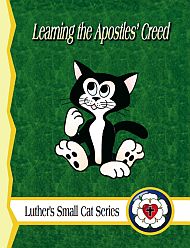 When I first saw the plural word "Gods," I thought you had made a typo. I kept reading, and I learned something. I had not realized that the underlying word was plural. It certainly does reshape my understanding of Deuteronomy 6:4.
2

I am glad for that reshaping, Katherine. ...and I will try to be careful about typos, knowing that you are carefully reading.
Click Here For Content Archives