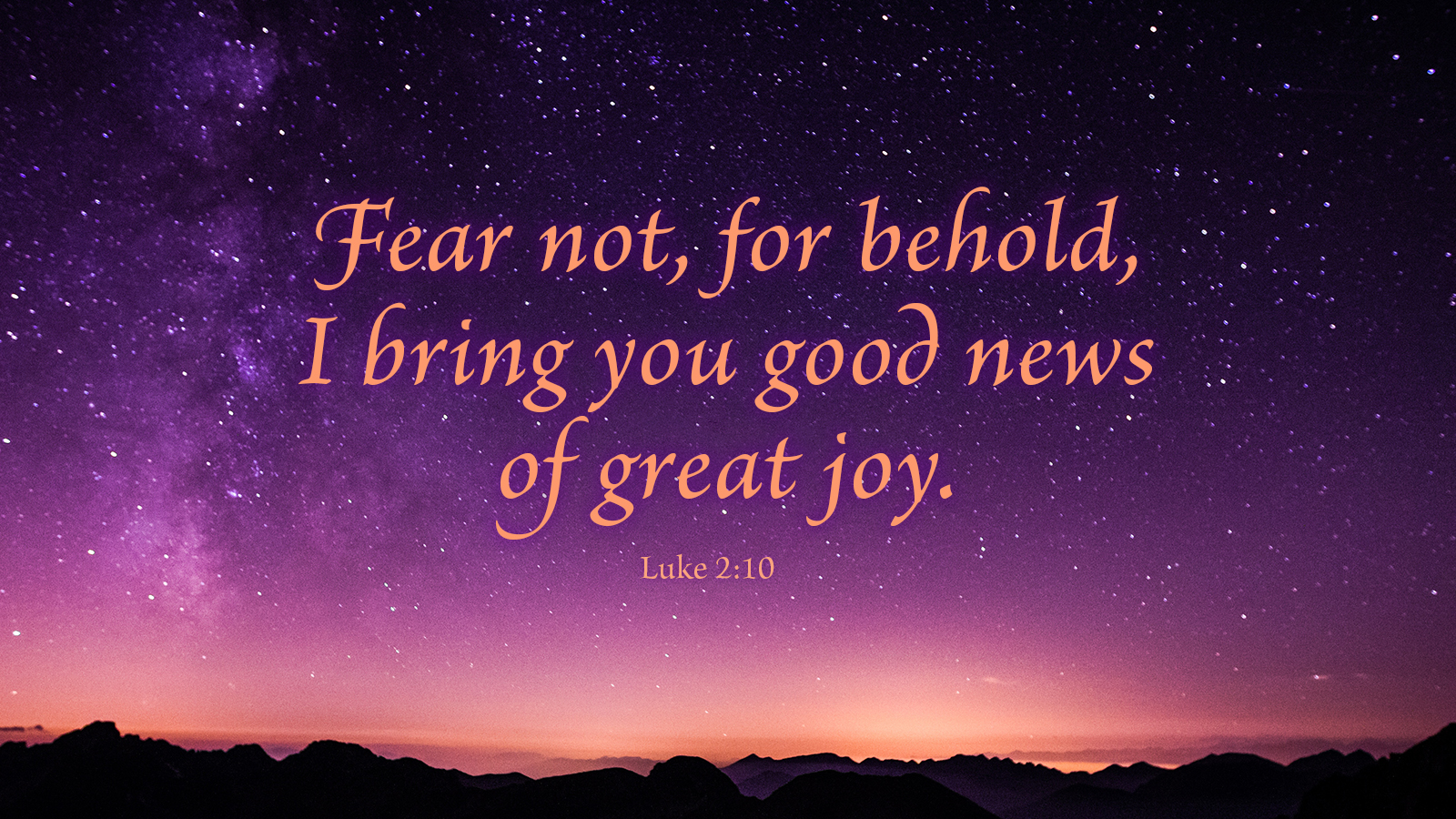 Click for a recording of the Christmas story from Luke.

1 Now it came to pass in those days, a decree went out from Caesar Augustus, that all the world should be enrolled. 2 This was the first census made when Quirinius was governor of Syria. 3 And all went to register themselves, every one to his own city. 4 And Joseph also went up from Galilee, out of the city of Nazareth, into Judaea, to the city of David, which is called Bethlehem, because he was of the house and family of David, 5 to enrol himself with Mary, his betrothed, who was great with child. 6 And while they were there it happened that the days were fulfilled for her to give birth. 7 And she brought forth her firstborn son, and wrapped him in swaddling cloths, and laid him in a manger, because there was no room for them in the inn.