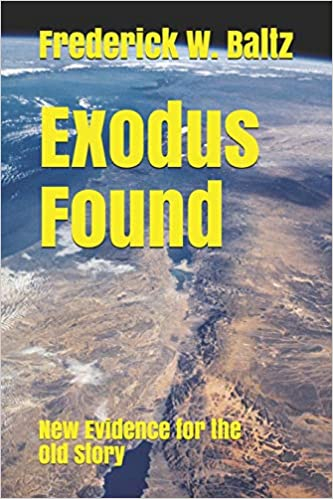 This study draws upon astronomy, history, geology, and geography to offer strong evidence for a historically real Exodus in 1446 B.C., as set forth in the Book of Exodus. The Pharaoh of the Exodus is identified, with new and relevant evidence concerning his own personal feast happening in the same week as the Passover and Exodus. The location of the sea crossing is for the first time identified as Timna, an ancient copper mining camp twelve miles north of the Gulf of Aqaba. Water stood in the valley there 3500 years ago. There the biblically-named sites Migdol, Baal-Zephon, and Pihahiroth can still be seen, something no other theory about a crossing site can claim. In the valley below Timna is the remaining, elevated pathway to the east. This is where Moses led Israel between the walls of water on the right and on the left when the "strong east wind" through the night drove the water to the north, exposing the pathway. Further explanations are given about the Pillar of Cloud and Fire, and for what disabled Pharaoh's chariot host. The book tests this hypothesis: "The Exodus events are best understood as real events demonstrating a supernatural use of the natural." The hypothesis passes the test.

Exodus Found brings new research and fresh answers to the Exodus debate. It demonstrates with data from NASA that the Exodus really occurred beyond reasonable doubt in 1446 BC. With the year established, the Exodus date is determined next by accessing the cycles of the moon. Pharaoh Thotmose III demanded an annual, nationwide feast in honor of himself which fell earlier that same week. The timing of the Exodus begins to emerge as part of the greater divine plan for freeing Israel.