A Friend of Sinners
Scripture and a reading from Luther's sermons and devotional writings
Pastor Mark Ryman - July 30, 2022 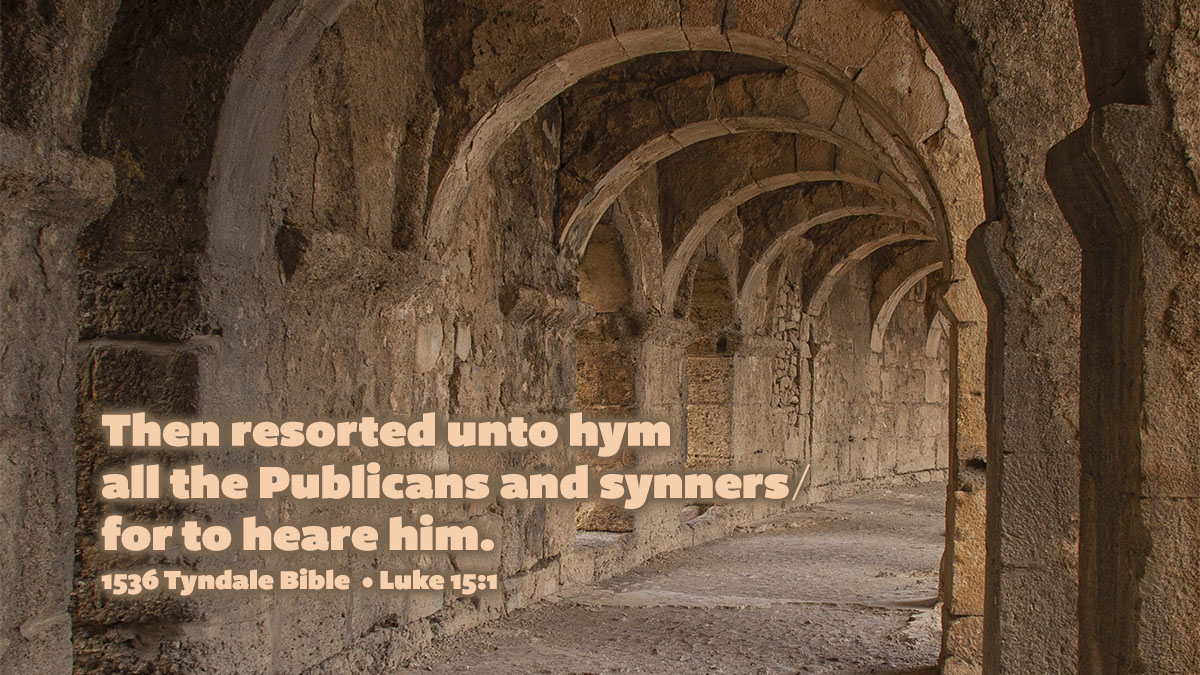 1 Now the tax collectors and sinners were all drawing near to hear him. 2 And the Pharisees and the scribes murmured, saying, “This man receives sinners and eats with them.”

Luke freely and plainly tells us what kind of people Christ had about him, namely, those who openly lived as they should not live. Thus it would appear that the Pharisees had sufficient reason to blame him, because he pretended to be a pious and holy man and kept company with such low characters. At that time men called publicans were scattered through the land, to whom the Romans gave charge of a city and required of them a certain amount of revenue. Those who collected such revenue or tax managed matters so as to have a profit from it. As the sum appointed for each city or office was large, these officers extorted without let or hindrance, so that they might enjoy more as their own. Their masters were so close with them that they could not gain much for themselves, if they would act justly and take advantage of no one. Hence they were reported in all lands as extortioners in whom little good or honesty could be found.

So other great crowds in general were called “sinners,” who in other respects were worse people and publicly lived in a shameful and wild state, in covetousness, adultery and the like. Such drew near to Christ to hear him, since they had heard that in the light of his doctrine and his many miracles he was an excellent man. Now there was after all a spark or two of virtue and honesty in them, since they had a desire for Christ and gladly heard his doctrine and wished to see what he did. They had heard nothing but good of him, and they well knew that their doings did not harmonize with his life, yet they feel no enmity against him, but go to him, not to seek any evil in him, but to see and hear something good, and to hope that they might become better.

The scribes and Pharisees, who were held to be the most pious and holy, were such poisonous reptiles that they were not only enemies of Christ, but could not even suffer poor sinners to come to him and hear him that they might be made better. They called him a “wine-bibber and a glutton” and a “friend of publicans and sinners.” Such names he must bear from these holy people, not because he was given to gluttony and drunkenness, but because he permitted “publicans and sinners” to come to him.

Luther, Martin, and John Sander. Devotional Readings from Luther’s Works for Every Day of the Year. Augustana Book Concern, 1915, pp. 269–70.