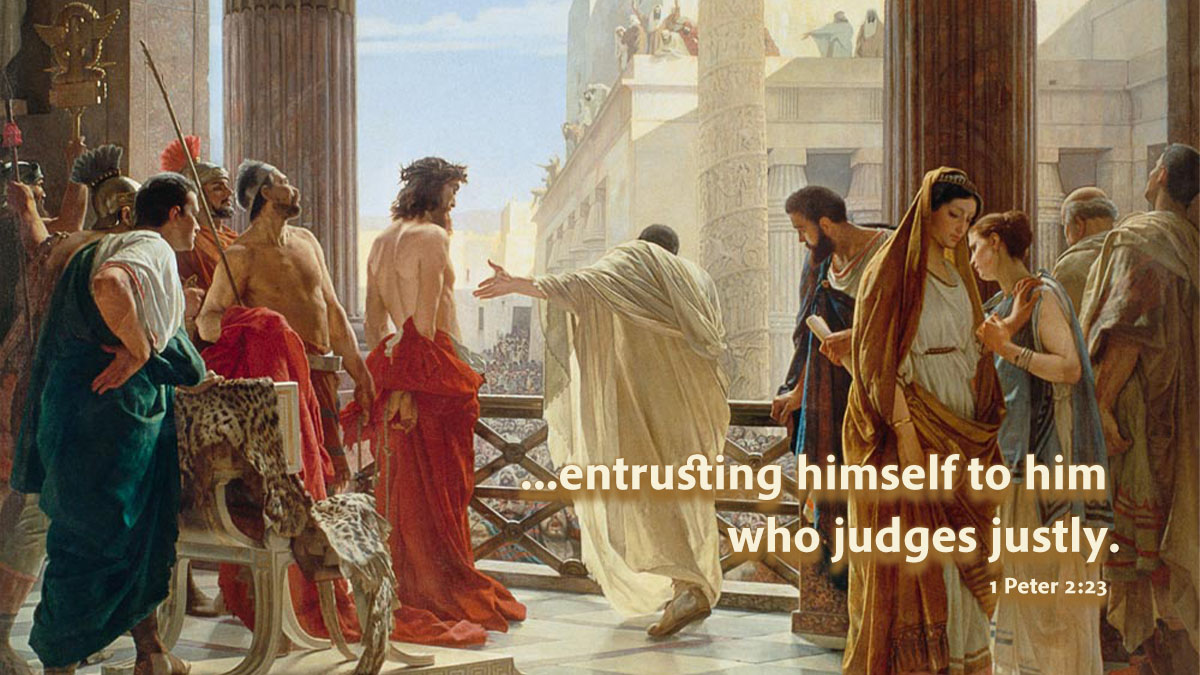 21 For to this you have been called, because Christ also suffered for you, leaving you an example, that you should follow in his steps. 22 He committed no sin; no guile was found on his lips. 23 When he was reviled, he did not revile in return; when he suffered, he did not threaten; but he trusted to him who judges justly.

“Did not Christ revile when he called the scribes and Pharisees hypocrites, murderers, serpents, a generation of vipers?” Oh yes, in this we would gladly follow Christ’s example. It is much easier than to be patient. We would need no master to help us in this. But a distinction must be made here. Reviling, or pronouncing execrations and threats, is of two kinds. In one case it is official and pronounced by God; in the other without authority and comes from man. It was one of the duties of Christ’s office on earth, and one now incumbent upon those called to bear that office after him, to assert the truth and censure the evil. Such a course is essential to the honor of God and the salvation of souls. Official chastisement is a work of divine, Christian love. It is a parental duty imposed of God, who has implanted in the parent nature intense love for the child; at the same time, if parents are godly and have proper affection for their children, they will not connive at, nor let pass unpunished their disobedience. So every one may and should reprove when official duty or his neighbor’s case requires; it serves to reform the subject. “Faithful are the wounds of a friend, but the kisses of an enemy are deceitful.”

It was love and sincerity of heart which prompted Christ in his office to censure and reprove. His motive was to turn the transgressors from their blindness and malice, and to rescue them from perdition. But having fulfilled his official duties, and the hour of his suffering having arrived, he suffered patiently, permitting his enemies to heap upon him all possible evil in return for his manifested love and blessing. Instead of angrily reviling and execrating while suspended from the cross, he prayed, “Father, forgive them.” It was, indeed, a heart of unfathomable love that, in the midst of extreme suffering, had compassion on its persecutors and blessed them in greater measure than parent can bless child, or one individual bless another. We have here a perfect and inimitable example of patience of the most exalted kind. In it we may behold as in a glass what we have yet to learn of calm endurance.

Luther, Martin, and John Sander. Devotional Readings from Luther’s Works for Every Day of the Year. Augustana Book Concern, 1915, pp. 67–68.