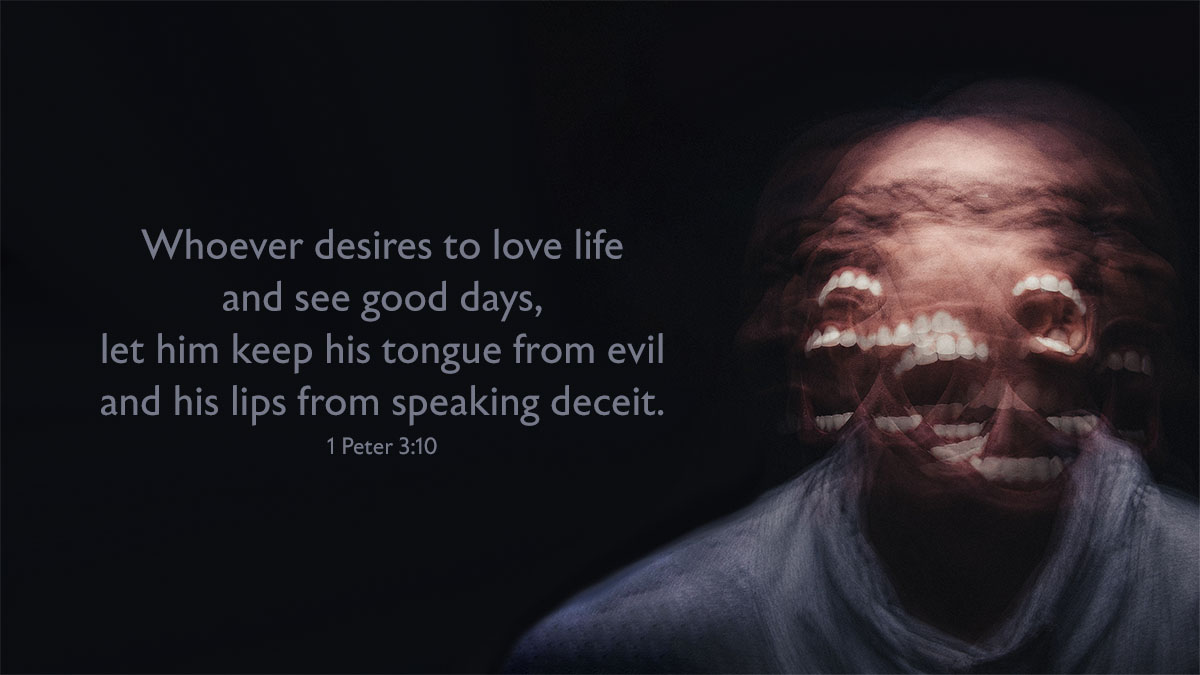 For “He that would love life and see good days, let him keep his tongue from evil and his lips from speaking guile."

This injunction really applies to doctrine, meaning that we are to abide by the true Word of God and not to allow ourselves to be seduced by false teaching. On account of the faith and confession for which men are called Christians, they must suffer much; they are endangered, hated, persecuted, oppressed, and harrassed by the whole world. Christians might easily believe that they have cause to return evil, and being mortals of flesh and blood, they are inevitably moved to be angry and to curse, or to deny their confession and doctrine and with unbelievers to join the false church with its idolatrous teaching. According to the nature of flesh and blood they fret because they are compelled to witness the prosperity of the world in its ungodly life and wickedness, how it despises and persecutes them with pride and indolence. But they are not to allow themselves to be easily provoked; they should strive to keep wrong, displeasure, vexations and worry outside their inner life.

When one is prompted to anger and to complain about injury and wrong, in his impatience and irritation he cannot speak fairly concerning the matter of offense, but invariably exaggerates. The individual that suffers a single adverse word immediately proceeds to abuse and slander his opponent. An angry heart knows no moderation, but makes of a splinter, or even a mote, a great beam, or fans a tiny spark into a volcano of flame, by retaliating with reviling and cursing. If possible, he would even murder the offender and commit a greater wrong than he has suffered.

Thus Peter admonishes you to restrain your tongues, to curb them, lest they suddenly get beyond your control and you sin in wicked words, doing twice as much injury as you have received. Guard your lips that you utter no guile or falsehood through your anger, and that it may not calumniate, abuse and slander your neighbor in violation of the eighth commandment. Such conduct is, before God and man, unbecoming a Christian and leads to that most disgraceful vice of slander, which God supremely hates. Therefore be all the more diligent to do good, that your heart may retain its honor and joy.

Luther, Martin, and John Sander. Devotional Readings from Luther’s Works for Every Day of the Year. Augustana Book Concern, 1915, pp. 199–200.