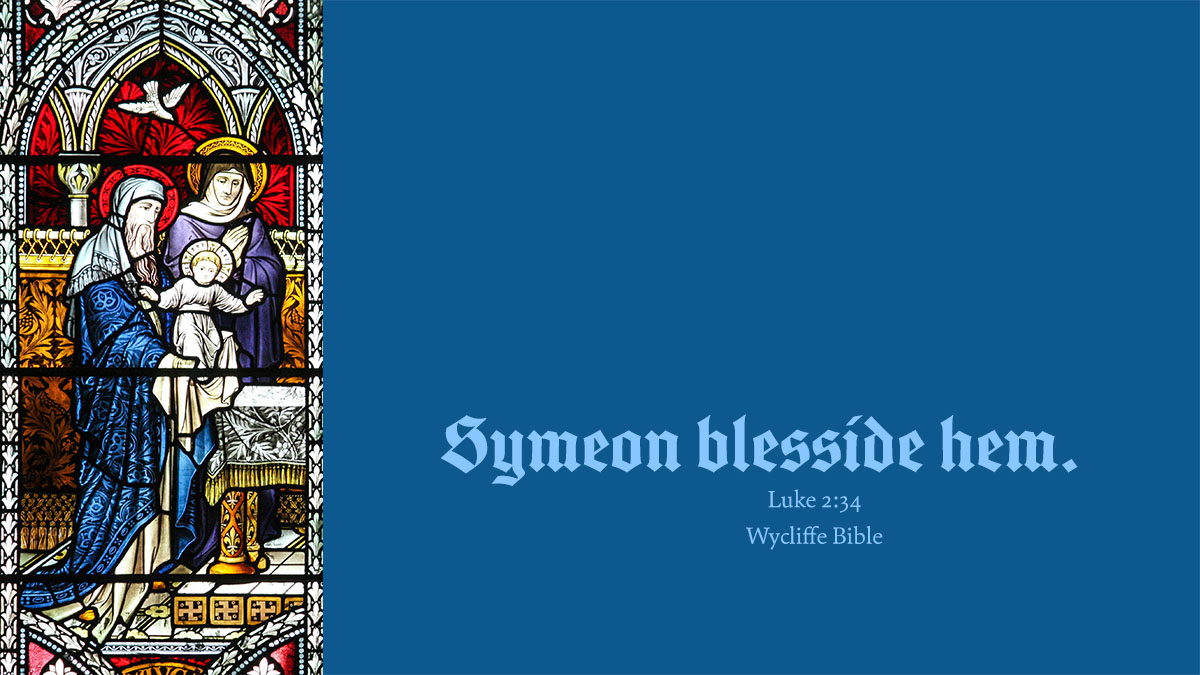 33 And his father and his mother marveled at what was said about him; 34 and Simeon blessed them and said to Mary his mother, “Behold, this child is set for the fall and rising of many in Israel, and for a sign that is spoken against 35 (and a sword will pierce through your own soul also), that thoughts out of many hearts may be revealed.”

This blessing means nothing except that he wished them happiness and joy, honor and all prosperity. This blessing seems to be a useless and trivial matter, for people generally do this and wish each other all that is good. But to bless Christ and his parents is a great and exceptional deed, for the reason that Christ and our nature are entirely opposed to each other. Christ condemns all that the world elects, gives us the cross to bear and to suffer all evil, deprives the world of its pleasures, possessions and honors, and teaches that men deal in those things which are altogether foolish and sinful. Then they begin to blaspheme and persecute Christ and his disciples; the whole world is full of those who curse him and wish him all evil, disgrace and misfortune, and there are only a few who really bless him.

There are indeed some who praise him, because he does what they desire and leaves them as they are. When, however, he begins to be Christ to them and they are required to forsake their works and to let him alone dwell within them, they flee and blaspheme. There are also some who believe that, if they were to see the infant Christ with his mother before them, as did Simeon, they would also joyously bless him. But they would certainly stumble at his childhood, poverty and contemptible appearance. They prove it by disregarding, hating and persecuting such poverty and humble appearance in Christ’s members, although they might still find Christ, their head, among them daily. If they then shun the cross and hate its contemptible appearance, they would certainly do the same thing if they were to see him with their eyes. But Simeon was of a different mind. Outward appearance did not cause him to stumble, and therefore he does not bless Christ alone, but also his father and mother.

Thus, in blessing the child, Simeon as a preacher and lover of the cross and an enemy of the world, gives a remarkable example of exalting and honoring Christ, who was then despised, cursed and rejected in his own person. He is even now treated in the same manner in his members, who for his sake endure poverty, disgrace, death and ignominy; yet no one will come to their relief, receive and bless them.