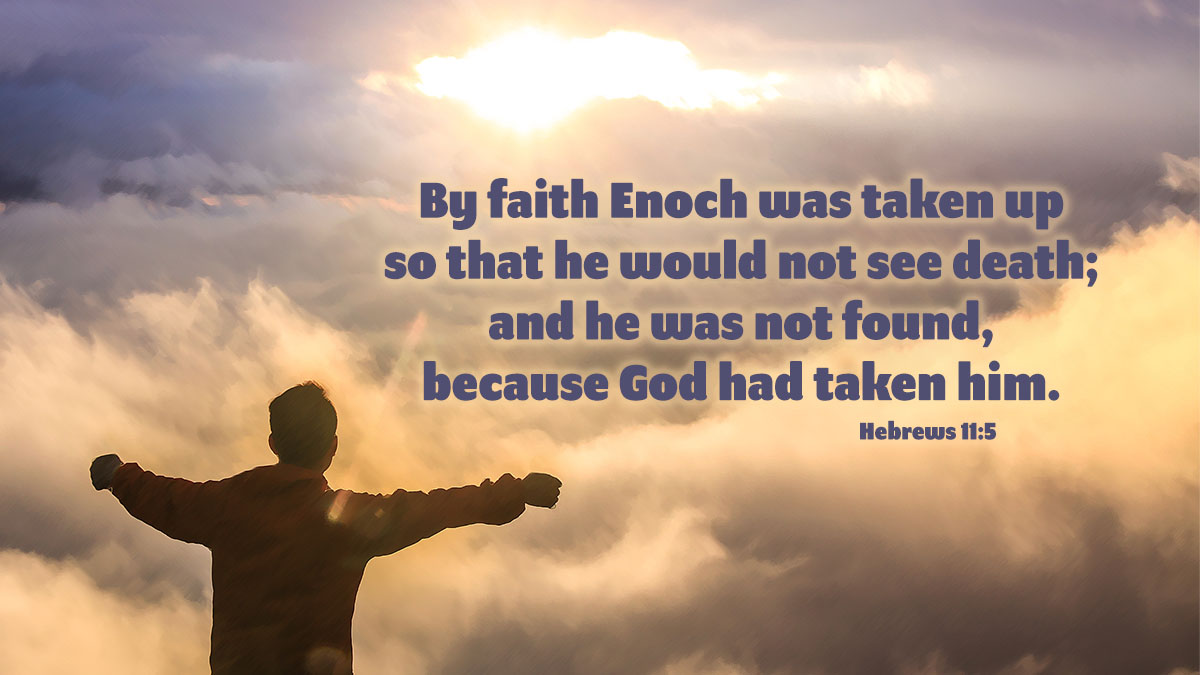 By faith Enoch was taken up so that he should not see death; and he was not found, because God had taken him.

As among us we find many to whom such things are considered absurd, and not sufficiently worthy of faith, so there is no doubt that this account was deemed ridiculous by most people. For that reason these things have by divine authority been committed to writing and recorded for the saints and the faithful, that they might read, understand, believe and heed them. They present to our sight a manifest triumph over death and sin, and afford us a sure comfort in Enoch’s victory over the law, and the wrath and judgment of God. To the godly nothing can yield more grace and joy than these antediluvian records. What facts could inspire more wonder and admiration than that a man, born of flesh and blood, as we are, and defiled as we are by sin and corruption, so obtained the victory over death as not to die at all! Christ himself is a man, and righteous, yet our sins caused him to suffer the bitterest of all deaths; but he is delivered on the third day, and lifts himself unto life eternal. In Enoch is the singular fact that he died not at all, but was caught up, without death intervening, to the life spiritual and eternal.

This fact makes the narrative under consideration so memorable that God intended to use it for the purpose of setting before the old, primeval world the hope of a better life. Likewise, to the second world, which had the law, God gave the example of Elijah, who also was taken up into heaven and translated by the Lord before the very eyes of his own servant Elisha. We are now in the New Covenant, in a third world, as it were. We have Christ himself, our great deliverer, as our glorious example, who ascended into the heavens, taking with him many of his saints.

It was God’s will to establish in every age a testimonial of the resurrection of the dead, that he might allure our minds from this corrupt and in many ways wretched life, in which we gladly serve God as long as it shall please him by the faithful performance of all public and private duties, and especially by instructing others in holiness and in the knowledge of God. Here we have “no certain dwelling place.” Christ has gone to prepare a place for us.

Luther, Martin, and John Sander. Devotional Readings from Luther’s Works for Every Day of the Year. Augustana Book Concern, 1915, pp. 121–22.