Eat What Is in Front of You
Scripture and a reading from Luther's sermons and devotional writings
Pastor Mark Ryman - August 18, 2022 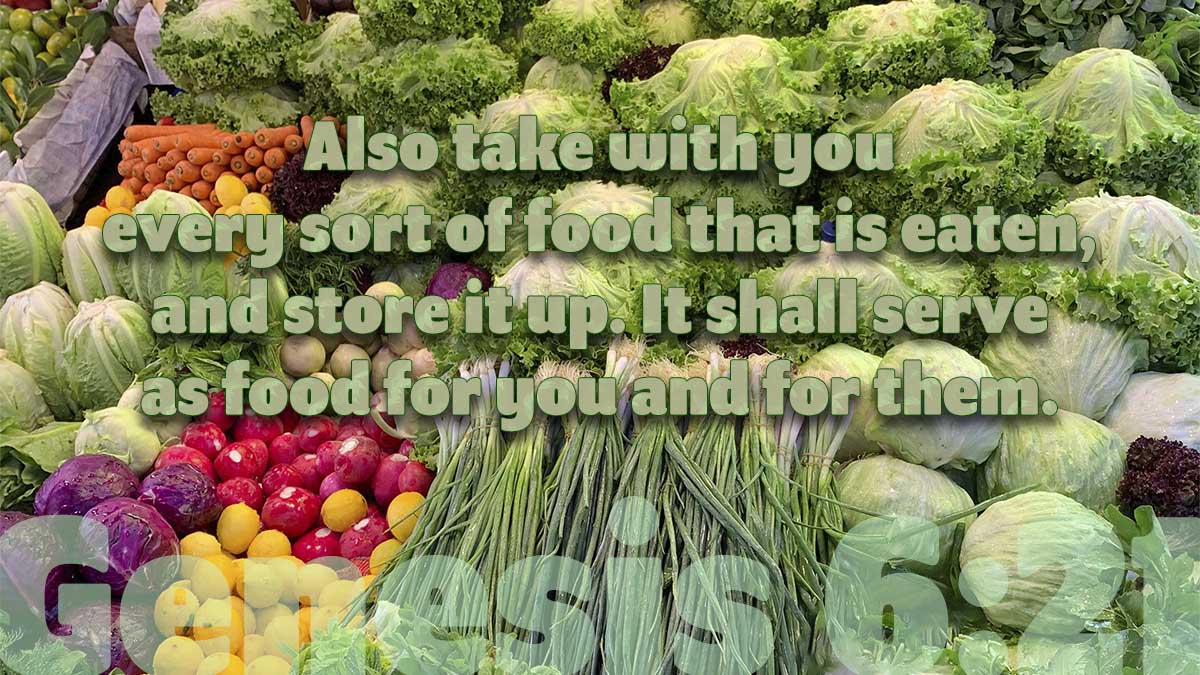 21 Also take with you every sort of food that is eaten, and store it up; and it shall serve as food for you and for them.” 22 Noah did this; he did all that God commanded him.

As the flood was to last a whole year, it was necessary to remind Noah of the food to be collected from the herbs and the fruits of the trees in order to preserve the life of man and of animals. Though the wrath of God was terrible to the destruction of everything born on earth, yet the goodness of the Lord shines forth in this awful calamity. He looks to the preservation of man and the animals, and through their preservation to that of the species. The animals chosen for preservation received food suitable to their nature. As for man he did not yet use flesh for food. He ate only of the vegetation of the earth, which was far more desirable before the flood than at present, after the remarkable corruption of the earth through the brackish waters.

It would have been an easy matter for God to preserve Noah and the animals for the space of a full year without food, as he preserved Moses, Elijah and Christ without food. But God in the government of the things created allows them to perform their functions. In other words, God performs his miracles along the lines of natural law. God also requires that we do not discard the provisions of nature, which would mean to tempt God, but that we use the things God has prepared for us with thanksgiving. A hungry man, who looks for bread from heaven, rather than tries to obtain it by human means, commits sin. Christ commands the apostles to eat what is set before them. Noah is here enjoined to employ the ordinary methods of gathering food. God did not command him to expect in the ark a miraculous supply of food from heaven.

We observe here the providence of God, by whose counsel the evil are punished and the good saved. By a miracle God preserves a portion of his creatures, when he punishes the wicked, and graciously makes provision for their posterity.

Luther, Martin, and John Sander. Devotional Readings from Luther’s Works for Every Day of the Year. Augustana Book Concern, 1915, pp. 292–93.