Faith Is the Victory
Scripture and a reading from Lutherâs sermons and devotional writings
Pastor Mark Ryman - April 29, 2022 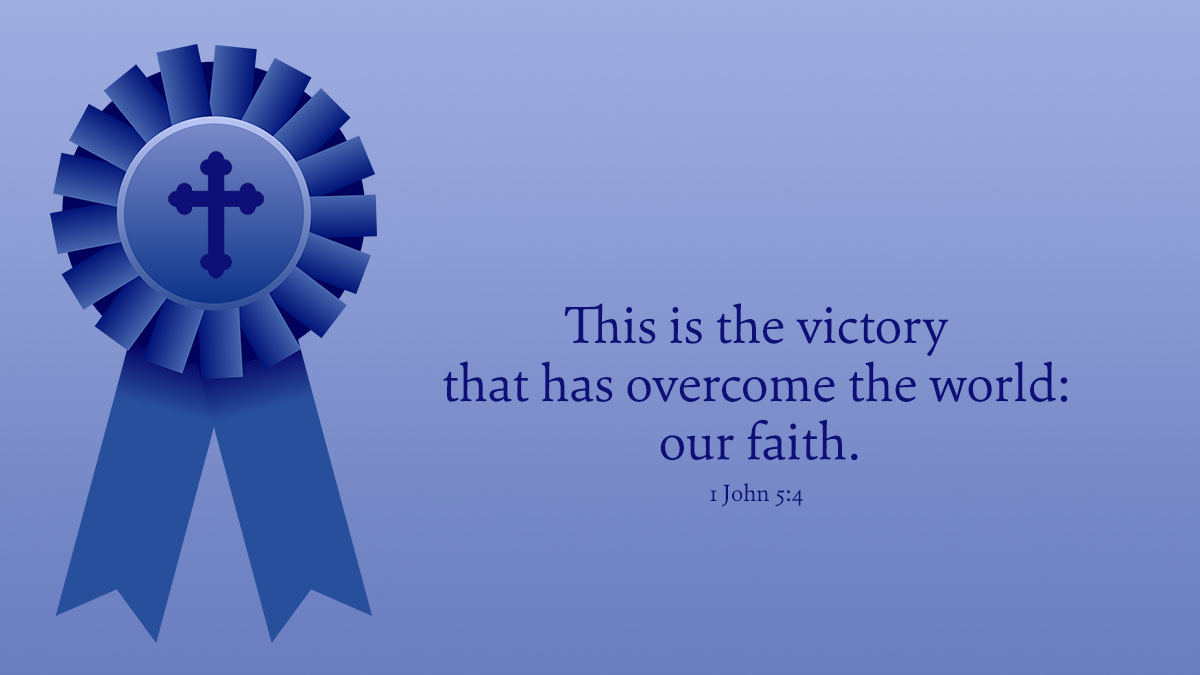 He who is born of God overcomes the world, John declares. Verily, this is a significant and forcible assertion which the Holy Spirit makes. It represents a tremendous power, a great work. The child of God must attempt and accomplish great things. The birth effected through the Word and faith makes men true sovereigns, above all earthly rulers. It gives them power even to overcome the world, something impossible to any Roman or Turkish potentate. They effect not their victory by physical force or temporal power, but by the spiritual birth through faith.

In order to understand the nature of the spiritual victory and how it is effected, we must know what John means by the term “world.” The reference is not to dominion over territory, to property, or money. He implies the existence of two kingdoms. By the heavenly kingdom we must understand not only spiritual life and godly people, but the Lord and Regent of that kingdom — Christ with his angels, and his saints, both living and dead. The kingdom of the world represents not only the earthly life with its worldly interests, but particularly its lord and regent — the devil and his angels, all unchristian, godless, wicked people on earth. So John means by “world” the devil and his whole earthly dominion.

The workings of these two kingdoms are plainly evident, though the leaders are not visible to mortal eyes. Christ rules effectually in his own power through the Word and the Holy Spirit in the hearts of believers, through the angels who guard his followers, and through his people themselves who exercise authority over one another in loving service, each teaching, comforting and admonishing a noble band of godly, obedient, chaste, benevolent souls. The nature of the devil’s kingdom is easily apparent. This kingdom is simply a huge booth filled with faithless, shameless, wicked individuals, impelled by their god to every sort of disobedience and contempt of God and his Word; to false doctrine, the practice of wantonness, vice, and wickedness.

These two kingdoms are opposed. Christians are brought into the conflict to hold the field against God’s enemies, whose rule is one of falsehood and murder; they must contend with the enemy’s servants, factions, spirits, and wicked individuals, in an effort to restrain evil and promote good. Christians must know how to meet and successfully resist the enemy, how to carry the field unto victory and hold it.

Luther, Martin, and John Sander. Devotional Readings from Luther’s Works for Every Day of the Year. Augustana Book Concern, 1915, pp. 155–57.