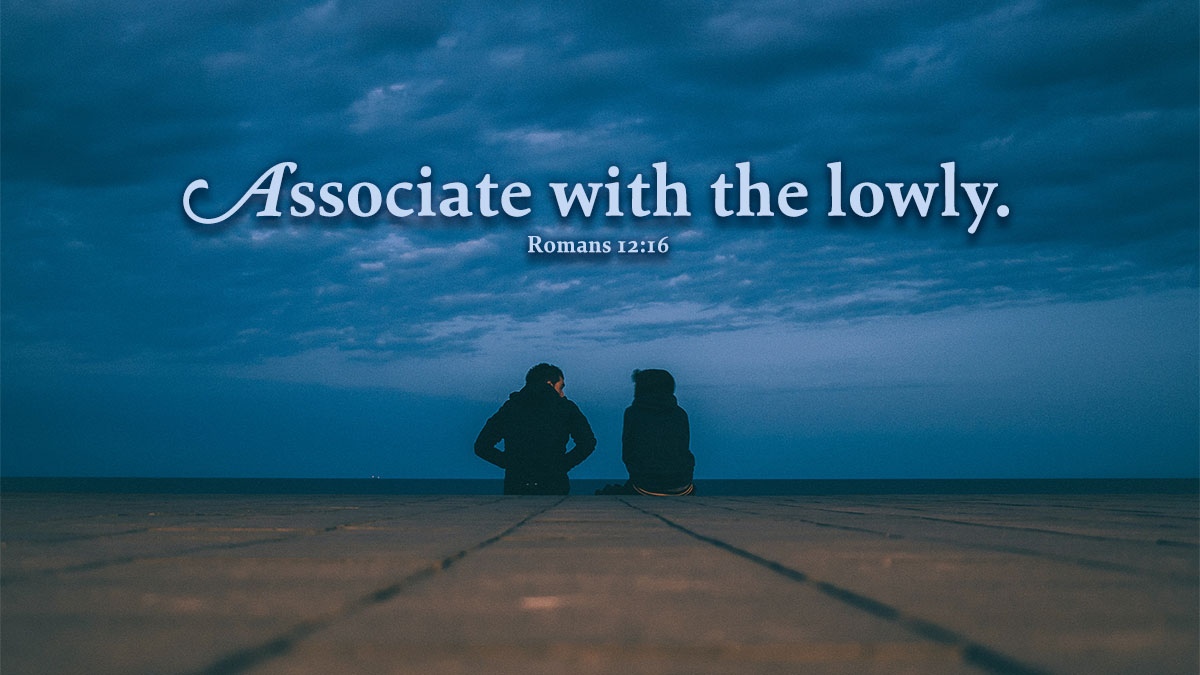 14 Bless those who persecute you; bless and do not curse them. 15 Rejoice with those who rejoice, weep with those who weep. 16 Live in harmony with one another; do not be haughty, but associate with the lowly; never be conceited.

Paul speaks of the temporal affairs of men, teaching mutual appreciation of one another’s calling and character, offices and works, and that none is to esteem himself better than another because of these. The shoemaker’s apprentice has the same Christ as the prince or the king; the woman, the same as the man. While there are various occupations and external distinctions among men, there is but one faith and one Spirit.

But this doctrine of Paul has long been dishonored. Princes, nobles, the rich and the powerful, reflect themselves in themselves, thinking they are the only men on earth. Even among their own ranks one aspires to be more exalted, more noble and upright, than another. Their notions and opinions are almost as diverse as the clouds of heaven. They are not of the same mind in external distinctions. One does not esteem another’s condition and occupation as significant and as honorable as his own. True, there must be the various earthly stations, characters and employments; but it is heathenish, unchristian and worldly for one to entertain the absurd idea that God regards a certain individual a better Christian than another upon the contemptible grounds of his temporal station, and not to perceive that in God’s sight these conditions make no difference. God treats men alike. He gives his Word and his Spirit to the lowly as well as to the high. “High things” have their place and they are not pernicious. But to “mind” them, to be absorbed in them with the whole heart, to be puffed up with conceit because of our relation to them, enjoying them to the disadvantage of the less favored—that is heathenish.

Where would the wealthy and the powerful be if there were no poor and humble? As the feet support the body, so the low support the high. The higher class, then, should conduct themselves toward the lowly as the body holds itself with relation to the feet; not “minding” or regarding their lofty station, but conforming to and recognizing with favor the station of the lowly. Christ conducted himself with humility. He did not deny his own exaltation, but neither was he haughty toward us by reason of it. He did not despise us, but stooped to our wretched condition and raised us by means of his own exalted condition.