Fellowship with the Weak
Scripture and a reading from Lutherâs sermons and devotional writings
Pastor Mark Ryman - April 28, 2022 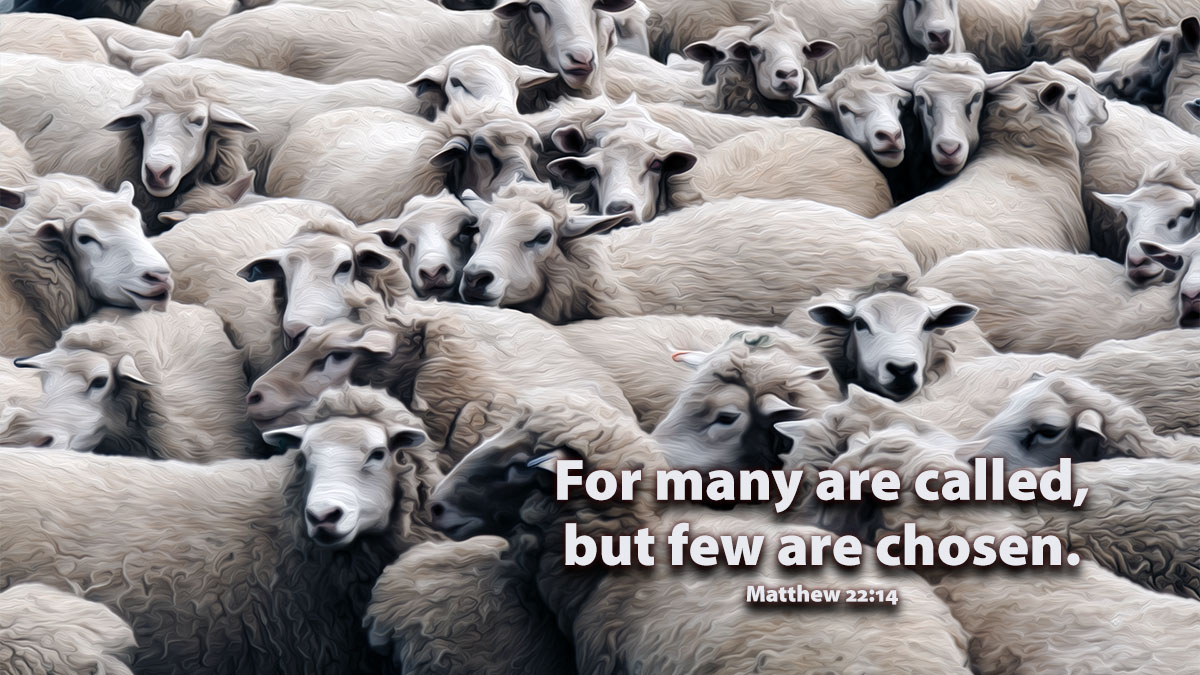 For many are called, but few are chosen.

Note what took place in Jerusalem, when the gospel was first heard. It is said, there were in the city at the feast of the Passover eleven hundred thousand men. How many were converted? When Peter stood up and preached, they made a mockery of it and considered the apostles drunken fools. After the apostles had preached the gospel a long time, they gathered together three thousand men and women. But what were they among so many? No one could discern that the gosped had accomplished anything. No change was seen, and scarcely any one knew that there were Christians there. Hence the gospel must not be measured by the multitude that hear, but by the small company that receive it. They appear as nothing, they are despised and persecuted, and yet God secretly works in them.

There is another thing that hinders the free movement of the gospel, namely, the infirmities of the believers. Thus Peter was filled with faith and the Holy Spirit, yet he stumbled and fell — he and all that were with him — when he walked not according to the gospel, so that Paul had to reprove him openly. Mark had journeyed with Paul, but afterward fell away and withdrew from him. Again, Paul and Barnabas strove together, and there arose a sharp contention between them. And before this, we read in the Gospels how often the apostles erred in weigthy matters, though they were the best of Christians.

These infirmities of Christians darken the gospel most of all, so that men who deem themselves wise and learned stumble and are offended in them. Few there are who can well reconcile these things so as to take no offense. It was thus even with the disciples. At first when Christ wrought great and excellent works, and gained great honors, they remained steadfast. The common people clung to him, because they saw that with great power he wrought such excellent works, and walked so as to be irreproachable. But when his sufferings began, they all turned away and forsook him. Why was this? Because they considered him not the strong, but a weak Christ. Therefore to bear with the weak Christ is the highest wisdom on earth, which is known to very few men.

Luther, Martin, and John Sander. Devotional Readings from Luther’s Works for Every Day of the Year. Augustana Book Concern, 1915, pp. 154–55.