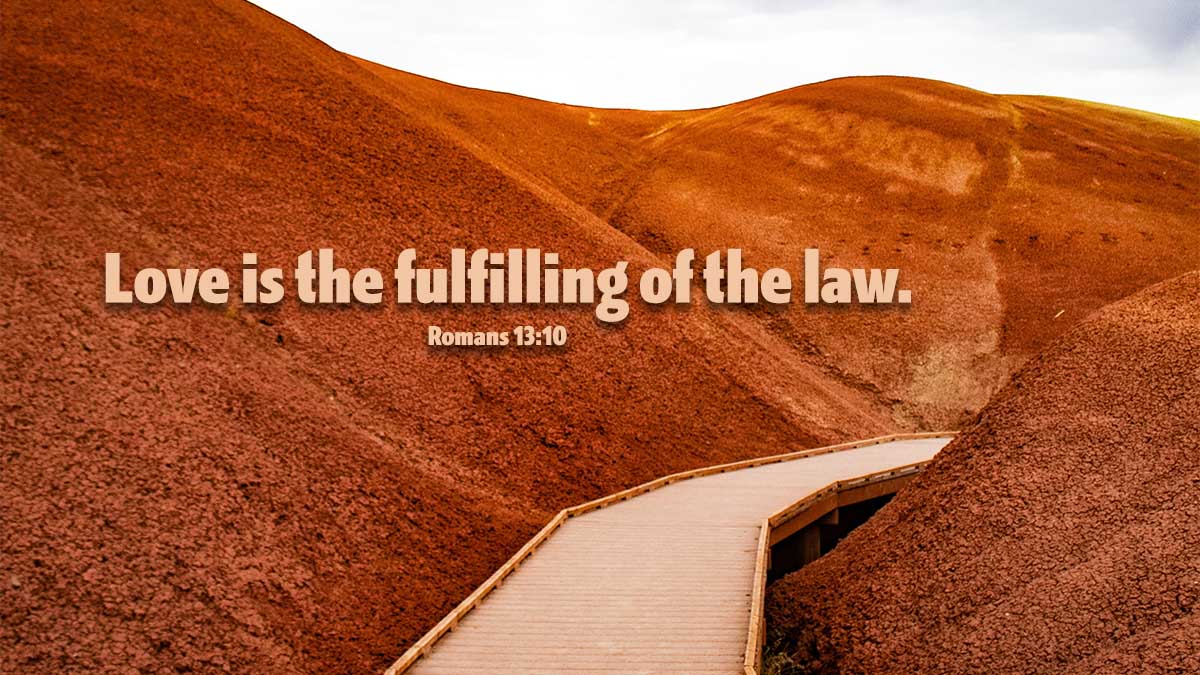 Love does no wrong to a neighbor; therefore love is the fulfilling of the law.

All the works of the law tend in the end to prove our love to God. This love the law requires and will have above everything else. We are to observe that all the works of the law are not commanded merely for the purpose of being performed. If God had even given us more commandments, he would not want us to keep them to the injury and destruction of love. If these commandments oppose the love of our neighbor, God wants us to annul them. Moses brought the children of Israel out of Egypt, leading them for forty years through the wilderness, and not one of them was circumcised, although it was commanded them. Was God angry with them, because they did not obey his commandment? No, there was a higher commandment in force at that time, namely, that they were to obey God who commanded them to come out of Egypt in haste to the promised land. By their marching they daily obeyed God, otherwise God would have been angered by disobedience. Both the need and the love were at hand, for it would have been unbearable to endure the pain of circumcision and at the same time the burden of the journey. Thus love took the place of the commandment.

In like manner Christ excused his disciples, when they plucked the ears of corn and ate them on the Sabbath day, and the Jews accused them of transgressing the law by doing on the Sabbath day that which was not lawful to do. The Lord gave them to understand that here is no Sabbath day; the body needs food, necessity demands it; we must eat even though it be on the Sabbath day. Thus David went into the house of God and ate the shew bread, which it was not lawful for him, nor for those with him, to eat, but only for the priests. David ate the bread, though he was not a priest, because hunger pressed him to do it. Neither did Ahimelech, the priest, violate the law in giving the bread to David, for love was present and urged him to do it. Therefore we have need of the law, that love may be manifested; but if it cannot be kept without injury to our neighbor, God wants us to suspend it.

Luther, Martin, and John Sander. Devotional Readings from Luther’s Works for Every Day of the Year. Augustana Book Concern, 1915, pp. 355–56.