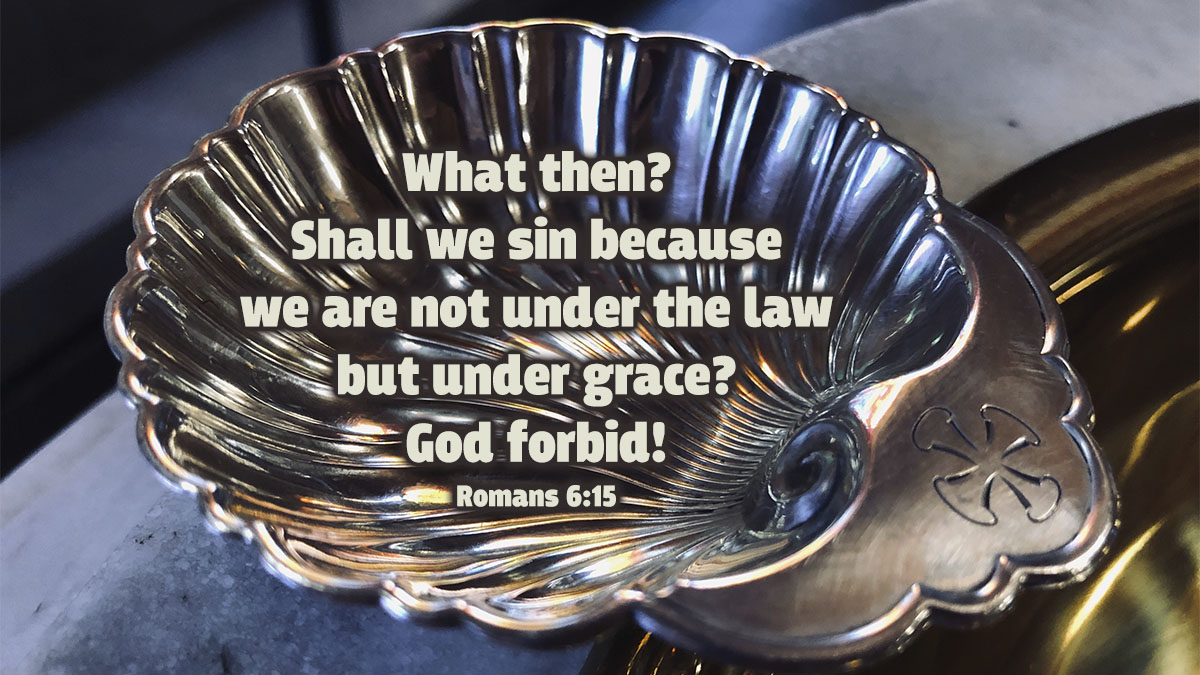 When we preach the forgiveness of sins by pure grace without any merit of man, the perversity of the world claims that we either forbid good works, or else try to draw the conclusion that man may continue to live in sin and follow his own pleasure; the fact is, that people may be induced to do good works by our teaching to the praise, honor and glory of God. Our teaching, rightly apprehended, does not lead to pride and vice, but to humility and obedience.

In matters of temporal government, whether domestic or civil, it is understood that he who asks for pardon confesses himself guilty, acknowledges his error and promises to reform and transgress no more. When the judge extends mercy and pardon to the thief deserving the gallows, the law is canceled by grace. But though the law is indeed canceled for him and grace delivers him from the rope and the sword, life is not granted him that he may continue to steal and murder; he is rather supposed to become honest and virtuous. If he does not, the law will again overtake him and punish him as he deserves.

Every one can readily comprehend this principle in temporal things; no one is so stupid as to tolerate the idea of grace being granted to extend opportunity to do wrong. It is only the gospel doctrine concerning God’s grace and the forgiveness of sin that must suffer the slanderous misrepresentation that makes it abolish good works or give occasion for sin. We are told that God, in his unfathomable grace, has canceled the sentence of eternal death and hell-fire which, according to the law and divine judgment, we deserved, and has given us instead the freedom of life eternal; thus our life is purely of grace. Certainly we are not pardoned that we may live as before when, under condemnation and wrath, we incurred death. We are to conduct ourselves as men made alive and saved, that we fall not from grace and pass again under judgment and the sentence of eternal death.

Luther, Martin, and John Sander. Devotional Readings from Luther’s Works for Every Day of the Year. Augustana Book Concern, 1915, pp. 244–45.