Known by the Shepherd
Scripture and a reading from Lutherâs sermons and devotional writings
Pastor Mark Ryman - April 26, 2022 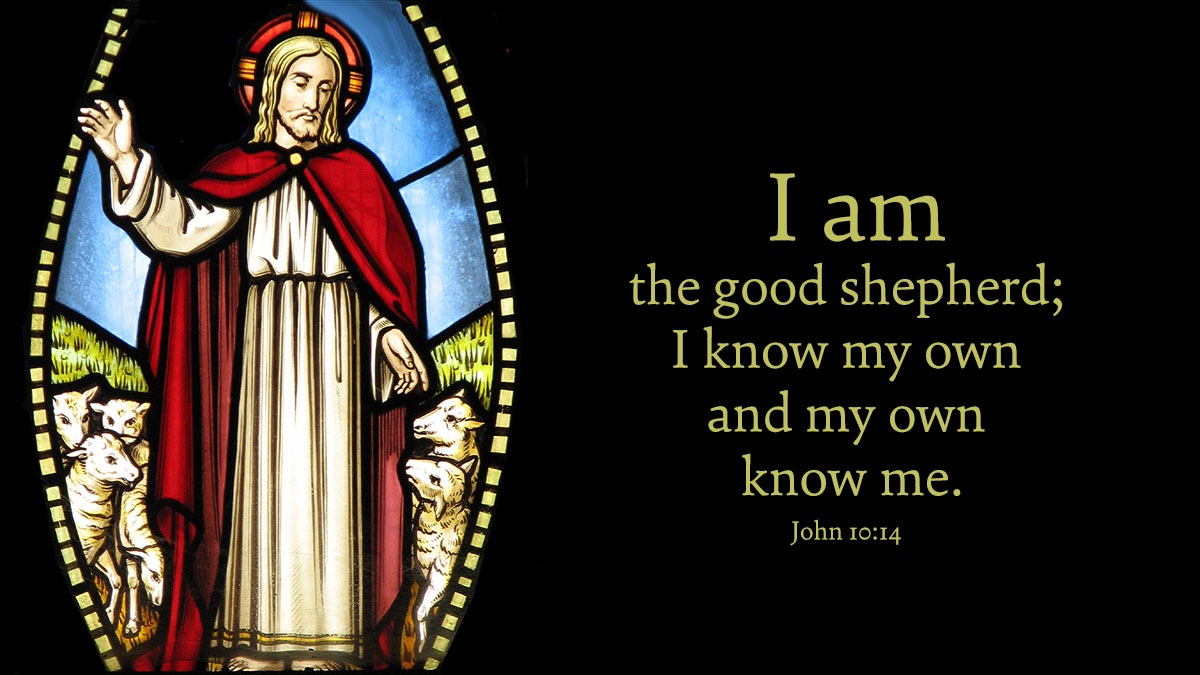 I am the good shepherd; I know my own and my own know me

Christ here gives us the criterion by which we are to distinguish the true Church, or people of God, from that which has the name and reputation, but in truth is not the Church. The Church neither is, nor ought to be a society which must be organized with an external government, like the Jewish people under the law of Moses. It is not governed and preserved by outward human power; much less is it bound to a succession or government of bishops, as the papacy claims. It is a spiritual assembly, which hears the shepherd and believes in him, and is governed by him through the Holy Spirit. It is outwardly recognized by this alone, that it has his Word, the preaching of the gospel, and his sacraments. Inwardly it is known to him alone, as in turn it also knows him by faith and clings to him when it hears his Word, regardless of the fact that it may neither maintain, nor even know anything of that outward Jewish or papistical government, and may be scattered here and there in the world without any organized external government, as it was in the time of Christ and the apostles, who, apart from and in opposition to the regular power of the whole priesthood, believed in Christ and confessed him.

If you really wish to know what a Christian is you must not look to the law of Moses, the government of the pope, nor the life and sanctity of any man, however holy. A Christian is not one who leads a strict, severe, hermit life; nothing that is in us or can be done by us, makes a Christian. This alone, that one knows this Man, regards him and trusts him as he wishes to be considered, namely, the good Shepherd, who lays down his life for the sheep and knows them. This knowledge is nothing else than faith, which arises from the ministry of the Word, which consists not of our own thoughts, nor does it come from men, but it was brought from heaven and was revealed by Christ himself. In this way and in no other does a man become a Christian. The Word and our faith must always come together. Here we have this comfort, that if any one knows Christ in this way, he is already known by him and certainly is one of his.

Luther, Martin, and John Sander. Devotional Readings from Luther’s Works for Every Day of the Year. Augustana Book Concern, 1915, pp. 152–53.