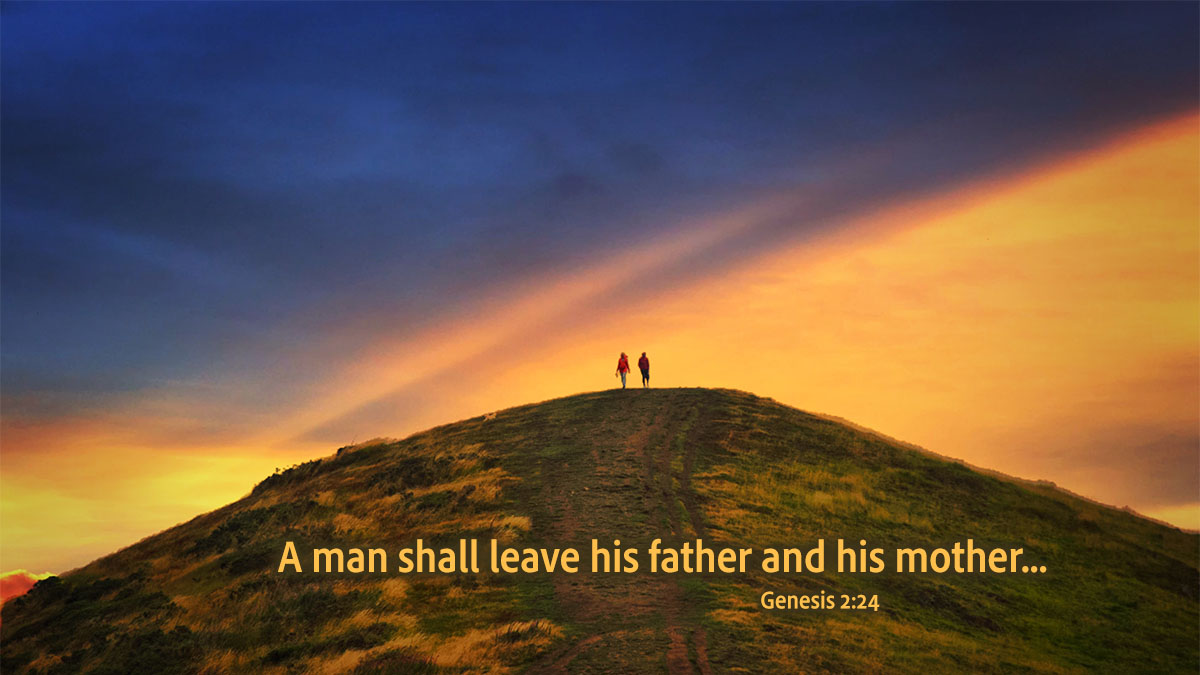 Therefore a man leaves his father and his mother and cleaves to his wife, and they become one flesh.

This sentence of Adam is prophetic. For as yet there was no father or mother; nor consequently were there any children. Through the Holy Spirit Adam prophesies of that married life, which should be in the world, and predictively describes the separate dwelling of man and wife, and the separate domestic authorities and governments of the several families in all ages; that each family should have its own habitation, authority, and rule. Even heathen nations have discovered that there is nothing more appropriate for man, nor beneficial for kingdoms, than this oneness of the life of married persons.

Christ applies these words of Adam as a common rule or law for our marriages since the loss of original innocence. If Adam had remained in his original innocency, the children born to him would have married and, leaving the table and dwelling-place of their parents, would have had their own trees under which they would have lived separate from their parents. They would have come from time to time to their father Adam, sung a hymn, spoken gloriously of God, called upon him, and then returned to their own homes.

Though all other things are now changed, yet this close bond between married persons still remains firm; so that a man would leave his father and mother much sooner than he would leave his wife. Where we find the contrary, for married persons are found to leave and forsake each other, all this is not only contrary to the present divine command by the mouth of Adam, but such things are awful signs of that horrible corruption, which has come upon man through sin.

This “leaving father and mother,” however, is not to be understood as a command that the children of Adam, when married, should have nothing more to do with their parents. It only enjoins the children when married to have their own home. We often find that children are compelled to support their parents, when worn down with age. Had paradise and all its innocency continued, the state of life would have been inconceivably more exalted and blessed than our present fallen and sinful condition. Yet even then this same command would have been obeyed. The husband, through love of his wife, would have chosen his homestead with her, and would have left his father and mother for that purpose.

Luther, Martin, and John Sander. Devotional Readings from Luther’s Works for Every Day of the Year. Augustana Book Concern, 1915, pp. 219–20.