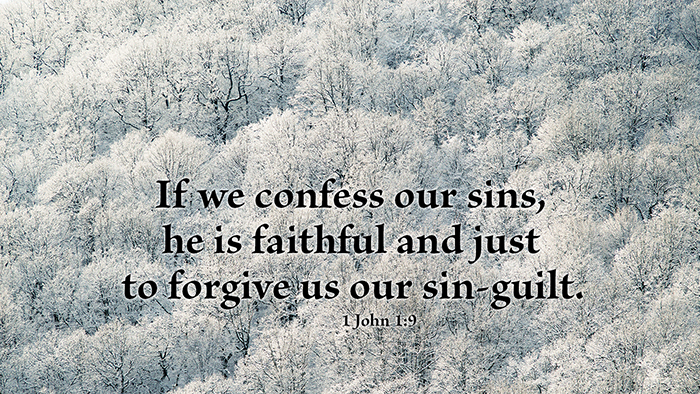 “The Forgiveness of Sins”

Everywhere we turn, there are two things before us: sin (and lots of it) and forgiveness of sins. That we sin is perhaps the clearest indicator of our humanness. That God forgives our sins is the one of greatest expressions of his divinity. When we confess that there is forgiveness of sins, we are admitting that we are sinners and claiming that the Lord is merciful and gracious toward us.

Let us be clear, however: the forgiveness of sins is available to those who admit their condition, their need of a Savior, and the truth that the Father sent his Son into the world to accomplish this very thing once and for all (Heb 10:10). If we deny our sins, we deny the truth and are the worst sort of liars. We are fooling no one else but ourselves, stumbling through life in dark denial, if we say we have not sinned.

But if we acknowledge our sins, then God is not only faithful to forgive, he is just in doing so. He is righteous in his forgiveness (as opposed to that kind of bad parent who always lets their kid off the hook) since this is the very reason he sent his Son among us. When we walk in the light, Jesus' blood cleanses us from our sins. Now this walking in light is not walking without sin, as some will say it is. It is quite the opposite. Walking in the light is a living honestly before God, not hiding our sins from him as Eve and Adam tried to do, but coming out from the bushes and into the open before him. This is where God forgives; he does not forgive us in the bushes.

Learning About Confession teaches the meaning of Confession and Forgiveness according Luther's guidance in the Small Catechism. It is recommended for the Sixth Grade Level.