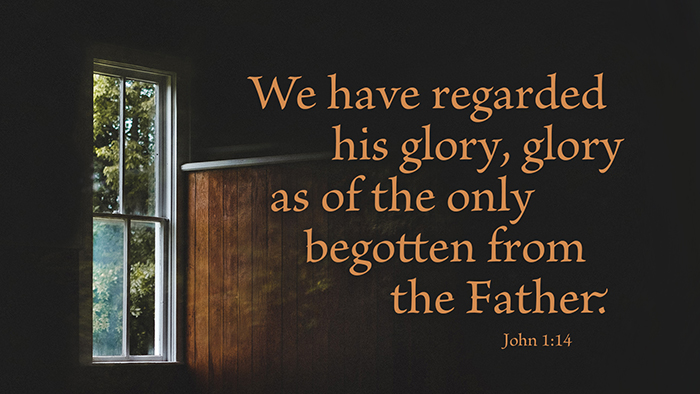 From the Word: And the Word became flesh, and settled among us, and we have regarded his glory, glory as of the only begotten from the Father, full of grace and truth. (John 1:14)

Pulling It Together: Just as God settled among his people in the Old Testament, God now “tabernacles” among those who believe. He does so through his Son, Christ Jesus, who is the exact image of God (Col 1:15). It is not enough for God to be far off and heavenly; he is God among us. He is God who dwells among us so fully that he has experienced the human condition, suffering in every way (Heb 4:15) so that he is able to redeem us in all ways. Christ Jesus is “God made flesh,” though still glorious God, one person with two natures: divine and human. Because he is both, and full of grace and truth, he is inclined to be merciful toward our single nature: human, flawed, in need of forgiveness. He is faithful to be so; this is entirely true.

Prayer: Thank you, Lord Jesus, for being faithful to God and mankind. Amen.

Get a 100-pack customized with your Church name and website printed on the back cover.