Lessons in the Lutheran Confessions
A Preface Toward Unity
Pastor Mark Ryman - February 20, 2021 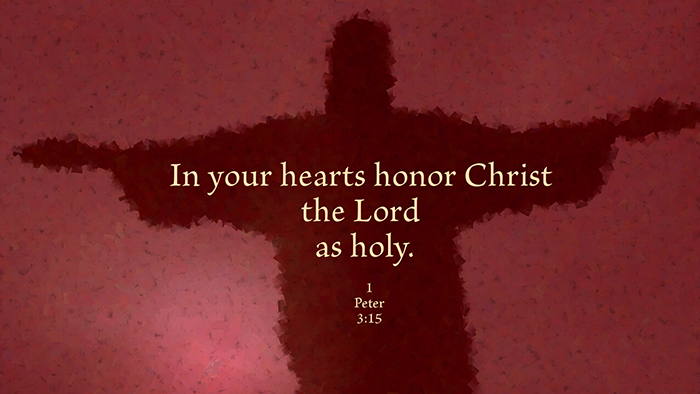 From the Word: 13 And who is he who can harm you if you are zealous for that which is good? 14 But even if you should suffer for righteousness’ sake, blessed are you. Do not fear them, nor be troubled, 15 but sanctify Christ as Lord in your hearts, always being ready to give a defense to each person who asks you for a reason about the hope that is in you. Yet do so with gentleness and respect, 16 having a good conscience, so that when you are slandered, those who revile your good behavior in Christ may be put to shame. 17 For it is better, if that should be the will of God, that you suffer for doing good rather than for doing evil. (1 Pet 3:13-17) 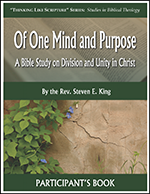 Of One Mind and Purpose is a six-session study that examines the unique way in which the Bible describes being united in Christ. It explains how God’s Word can either divide people or bring them together in faith, showing how the relationship we have with one another in the Church comes through Christ alone.

This post is quite instructive. When I apply it to the contemporary scene, I run aground on the rock of controversy that birthed the NALC. I see the sharp divide among Christians of all stripes over issues that stir the culture. When we pray "for the unity of all" on Sunday mornings, I find myself understanding it as a prayer that others will come around to the truth I already know. I know that is not an humble attitude, and I want to have a better one, but that is always my first thought. After all, given the choices before me, I felt led by God to a conclusion. An honest prayer for unity requires me to be open to the possibility that I am mistaken . I suspect I am not alone in my perception that my understanding of God's guidance is right and true. I am mystified when others express a different view that they feel confident is God's guidance. Unity is not as easy to achieve as it ought to be.
2

Yes, we should always be striving for and praying for unity but standing firm in the Word. If it is not truth (John 17:17), then unity is just another subjective viewpoint based on tradition, culture, or today's opinion. In the meanwhile, we should never give up the prayer for unity.
Click Here For Content Archives