From the Confessions: The Chief Articles of Faith in the Augsburg Confession, Article I: Of God.

The Lutherans, like the Roman Catholics, did not follow the teachings of Mani, a gnostic who claimed special knowledge outside of Scripture about what he considered the two eternals of light and dark, therefore dismissing what the Bible teaches about a creator, as well as the incarnate God. Neither did they espouse the teachings of Valentinus, who taught that unbelievers perished but that basic believers would have a lower level of salvation, while those believers who had received his special knowledge would receive a higher level of salvation. The Lutherans also dismissed outright any group who did not hold the three, distinguishable Persons of the Godhead as true. Therefore, the Lutherans regarded as heretical the Arians, since they taught that Christ was a created being, the Eunomians who could make no sense of the Trinity, the monotheistic Mohammedans, and any other group who did not profess the Trinity. The Lutherans were confessing at Augsburg that they believed about God what the Scriptures say, regardless of whether they could reason their way to the doctrine. 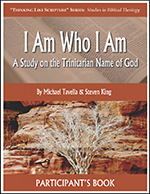