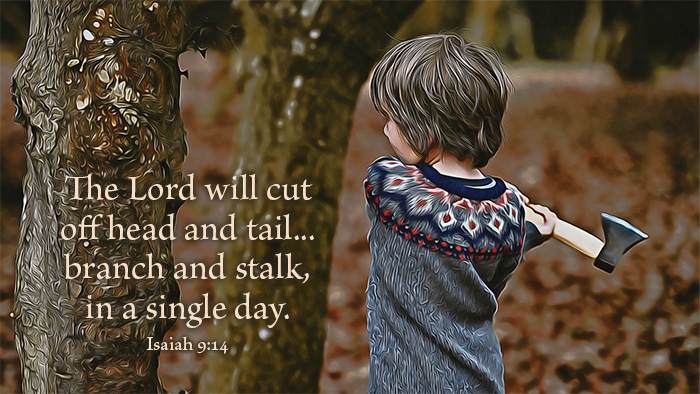 From the Word: 13 Yet the people have not returned to him who struck them, nor have they sought the Lord of hosts. 14 Therefore the Lord will cut off head and tail from Israel, branch and stalk, in a single day. 15 The head is the elder and the honorable man; and the prophet who teaches lies is the tail. (Isaiah 9:13–15)

I say all of this so that it may be fully emphasized to the young. For no one believes how necessary this commandment is, which has not been esteemed and taught under the papacy. These are plain, easy words, and everyone thinks they know them already. Therefore, they pass them over lightly, focusing on other things, and fail to see and believe that God is greatly offended if this commandment is disregarded, or what a pleasing and precious work they do if they do obey it.

Pulling It Together: If you will not do your job, it will be taken from you. Parenting is important, especially godly parenting. There is no difference between the old leaders of Israel, the leaders of our churches today, or those entrusted with that paramount task of raising children. If they will not do their work as God commands, they will be removed. If parents will not raise their children, someone else will take the responsibility from them. God help the children.

Prayer: Lord, help the parents in your church to raise godly children. Amen.