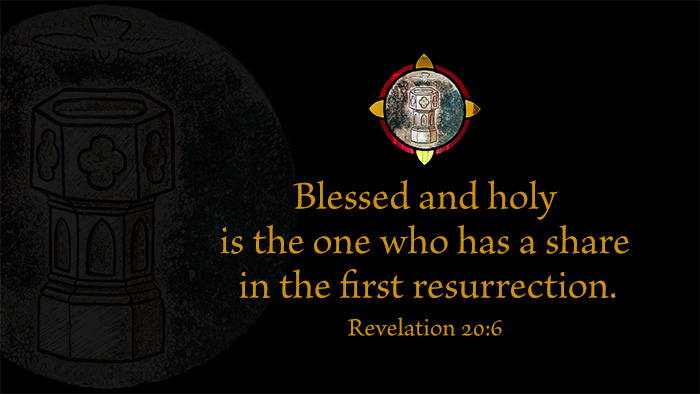 Now, what a child owes to father and mother, all who are embraced in the household owe as well. Therefore servants should be careful not only to obey their masters and mistresses, but also to honor them as their own fathers and mothers. They should do everything that they know is expected of them, not from compulsion and with reluctance, but with pleasure and joy for the cause just mentioned, namely, that it is God’s command and is pleasing to him above all other works. Therefore, they should even be willing to pay their own wages and be glad that they have masters and mistresses so they may have joyful consciences and know how to do truly golden works. These works have been neglected and despised up until now. Instead, everybody ran in the devil’s name to monasteries, on pilgrimages, and after indulgences, with personal loss and with a bad conscience.

Pulling It Together: Faith embraces its vocation because it is freed to do so, because it trusts in another. The one who has faith, trusts in God instead of his or her own talents, work ethic, labor, or cunning. Trusting in God, these people are free to also trust that God will care for them in the ways he has established. Children are liberated by faith to honor their parents because they trust in the God who commands their respect. Servants and employees are freed to honor those they work for because they too, trust in God, and so, work for the Lord, not people (Col 3:23). Those who have been resurrected in Christ through faith are blessed in all things, including their vocations.

Prayer: Give me an industrious and conscientious spirit that would work hard for you, Lord. Amen.