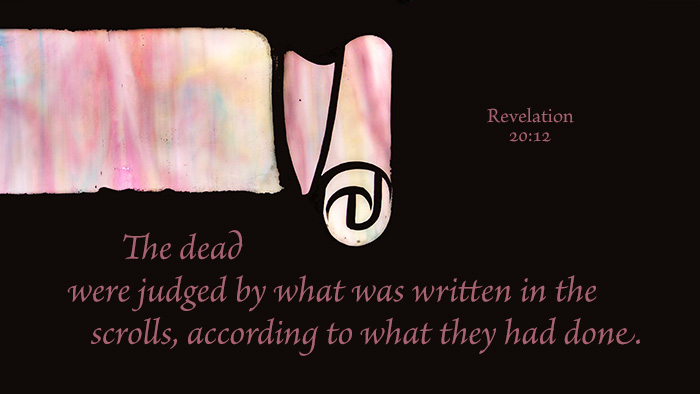 From the Word: And I saw the dead, the great and the small, standing before the throne; and scrolls were opened. Then another scroll was opened, which is the one of life. And the dead were judged by what was written in the scrolls, according to what they had done. (Revelation 20:12)

If this truth could be impressed upon the poor people, a servant girl would dance and praise and thank God. With her tidy work, for which she receives support and wages, she would obtain a treasure greater than those acquired by any who are regarded as great saints. Is it not an excellent assertion to know and say that, “Doing my daily chores is better than all the piety and abstinence of monks”?

Pulling It Together: When the scroll of life is opened, what will it say about you? How will it record your response to the great commandment? Will you have loved the Lord your God so much as to believe in him and take him at his word? Will you have loved your neighbor as yourself? Will the scroll show that you even knew your neighbor, or at least your closest neighbors? They are, of course, your parents and family and workmates. If you have loved God and those neighbors, the scroll of life will record that you lived a godly life, for what more can be asked of a soul than to keep the great commandment?

Prayer: Help me to get my house in order, Lord. Amen.