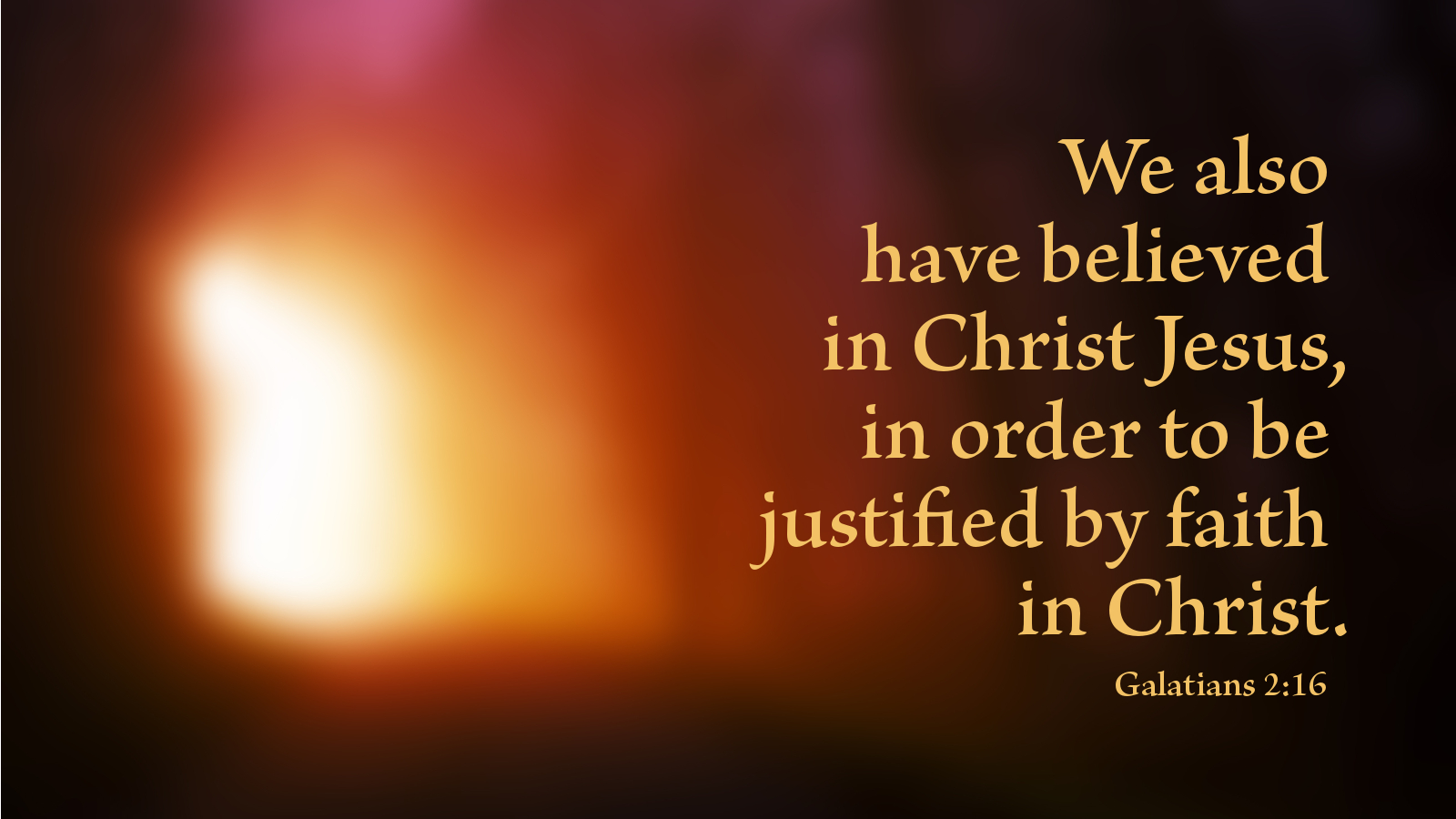 If one imagines that Paul used the phrase “faith justifies” without consideration, remember that he fortifies and supports this key phrase by a long discussion in the fourth chapter to the Romans, and repeats it in all his epistles. Thus he says, “Now to one who works, his wages are not reckoned as a gift but as his due. And to one who does not work but trusts him who justifies the ungodly, his faith is reckoned as righteousness” (Rom 4:4-5). As he clearly says here that faith itself is imputed as righteousness. Faith, therefore, is that thing which God declares to be righteousness, and Paul adds that it is imputed freely, adding that it would not be free imputation if it were owed because of works rendered. Therefore he even excludes the merit of moral works. For if justification before God were because of these, faith would not be imputed for righteousness without works. “We say that faith was reckoned to Abraham as righteousness” (Rom 4:9). Romans 5:1 says, “Therefore, since we are justified by faith, we have peace with God.” In other words, we have consciences that are tranquil and joyful before God. “For man believes with his heart and so is justified” (Rom 10:10). Here he declares that faith is the righteousness of the heart. “We have believed in Christ Jesus, in order to be justified by faith in Christ, and not by works of the law” (Gal 2:16). “For by grace you have been saved through faith; and this is not your own doing, it is the gift of God—not because of works, lest any man should boast” (Eph 2:8-9).

Pulling It Together: Having been a devout Jew, a Hebrew among Hebrews and as to the law, a Pharisee (Phil 3:5), the Apostle Paul would never have let a phrase like “faith justifies” slip out unwittingly. Until Christ met him on the road to Damascus (Acts 9:3-22), his life had been dedicated to keeping the law. In dramatic fashion, he learned how blind he had been. Because of the grace of God alone, certainly not by having done anything to deserve it, Paul received his eyesight again through the faith of another. Then with the disciples at Damascus, Paul learned that Christ is the saving Son of God. That God had imputed or assigned righteousness to an unrighteous man had been made quite clear to Paul. He was now determined to make it just as clear to others. So he writes the phrase “faith justifies” and similar constructions many times in his works. Melancthon provides several references from three epistles. The teaching that it is faith—not works—that justifies is no accident.

Prayer: Oh, Bright and Morning Star, thank you for shining your light upon us and making us see. Amen.

Pastor Kent Groethe's study of the Book of Acts, Acts - Old Places, New Faces, focuses on the life of the early church as a model for church life today. The message and power of the church today needs to be revitalized and renewed by the power of God's Spirit, just as it was in the early church.