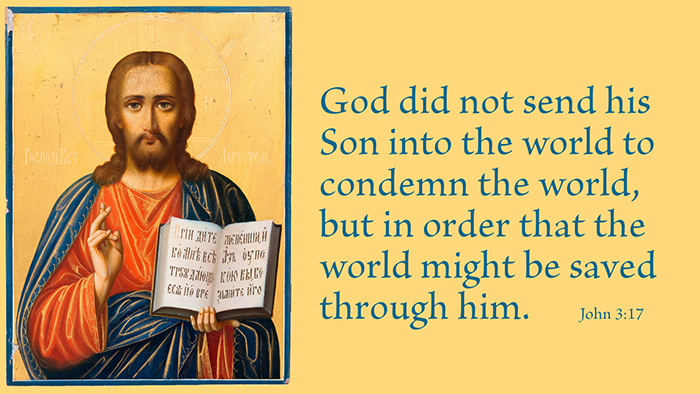 “But to all who received him, who believed in his name, he gave power to become children of God; who were born, not of blood nor of the will of the flesh nor of the will of man, but of God” (John 1:12-13). “And as Moses lifted up the serpent in the wilderness, so must the Son of man be lifted up, that whoever believes in him may have eternal life” (John 3:14-15). And a few verses later: “For God sent the Son into the world, not to condemn the world, but that the world might be saved through him. He who believes in him is not condemned” (John 3:17-18).

Pulling It Together: If God expected us to save ourselves, we would be condemned before we begin. Even if we were capable of doing enough moral, civil, and religious works to cancel out our sins, we would still be sinners. It is our nature. Therefore, we cannot save ourselves. Nor will our good works make us righteous. Only God can do that to us and that is why the Father sent his Son into the world—to save sinners. How does that happen? He who believes in the Son is not condemned. In other words, the believer is justified with God and saved through faith.

Prayer: Thank you, Jesus, for being the Word made flesh and bringing God’s grace to me. Amen.