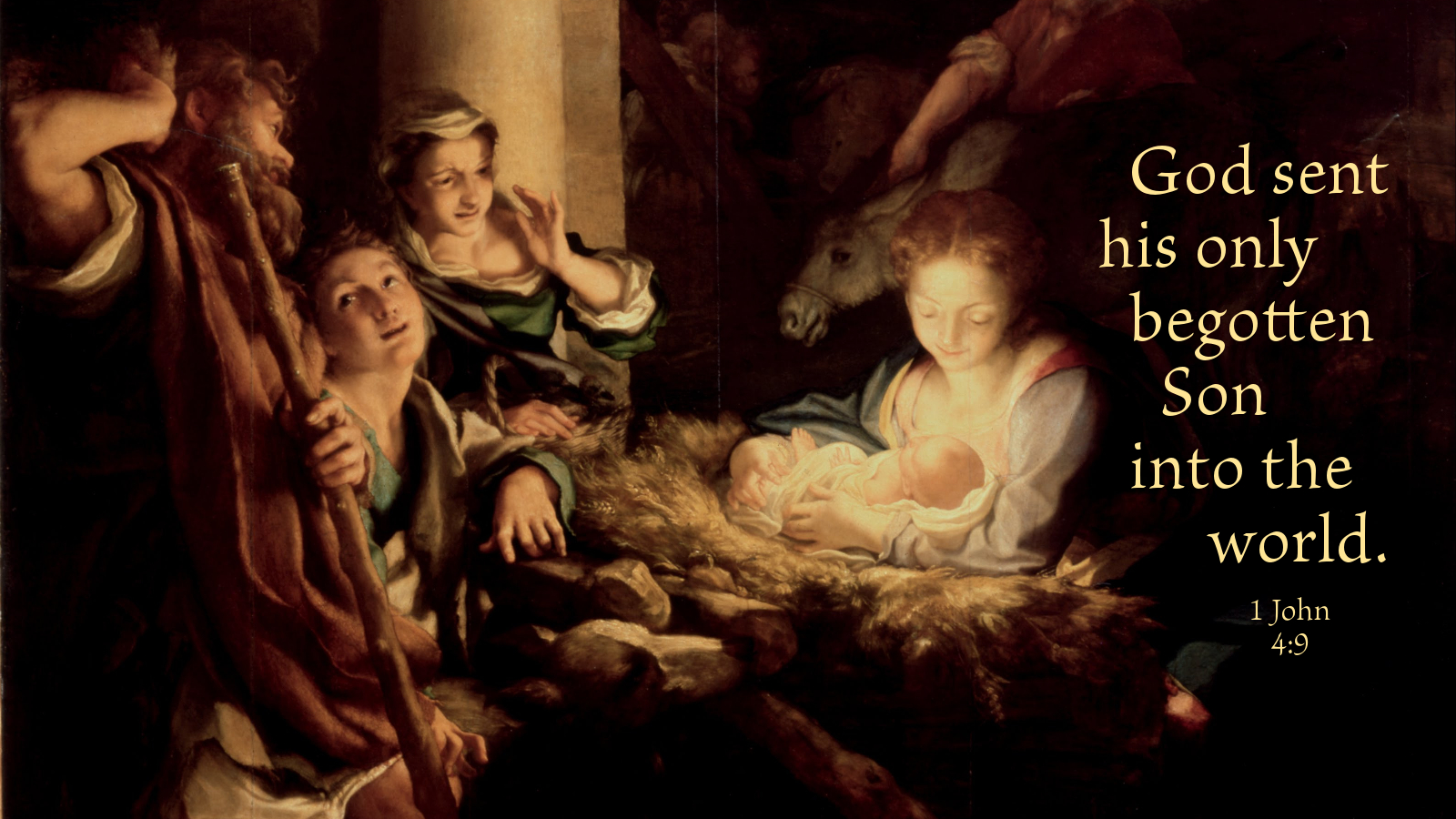 Some of the early creeds (for example the Old Roman Creed) state “only begotten Son” instead of “only Son,” as we find in later versions of the Apostles' Creed. I was taught a variation of the creed in catechism class a few score years ago different than was in the service book we used even then (Service Book and Hymnal, 1958). The wording there is the same as we see in other modern service books: “His only Son.” It is still difficult for me to simply say “His only Son” when saying the Apostles' Creed. Unless I am looking at the words, I will usually sneak “begotten” into my confession. There is some controversy about which is the proper usage but I think we are confessing the same thing, whether we slip in “begotten” or not. As Luther says, we should “with simple faith follow the Word, which so teaches us about these things [and] and avoid arguments” (Luther’s Works, vol 12, p 53).

We believe that Jesus Christ is the only one who is “eternally begotten of the Father,” as we profess in the Nicene Creed. He is “God of God, Light of Light, very God of very God,” yet at the same time man. He is God in the flesh. This is the point that the creed is making about “only Son.” He is God incarnate. He is utterly unique in that he is man and yet not created. He “is in His very nature true and eternal God” (ibid, vol 22, p 25), yet a son to Mary. He is eternal God but sent into the world in person to be its Savior.

“This is certainly not a fiction of men that this man born of Mary is said to be God and to be begotten of the Father from eternity. The Scriptures alone teach this. We should, therefore, believe it as an article handed over and shown to us by the Divinity...” (ibid, vol 12, p 53).

Prayer: Help me love you and believe in you, Jesus, with my whole heart. Amen.

I needed to hear the words "avoid arguments." Lately I have encountered several people of our faith who seem to be poised for an argument the minute they open their mouths. My sinful human nature makes me flare and respond in kind when someone speaks in that tone. You are quite correct that whether we say "only Son" or "only begotten Son" we are confessing the same thing, and that is true of many points of conflict. I believe we have a better testimony to the world if we behave lovingly toward each other on such matters, just as Jesus taught us on the night he suffered betrayal, when he said, "By this all people will know that you are my disciples, if you have love for one another." John 13:35
2

Thanks for your feedback, Katherine. Nice to know you are thoughtfully reading. I spent hours writing this devotion, in the attempt to satisfy the argument of including "begotten" or not. I finally concluded either is saying the same thingâthough there are some who would disagree with me. The point for me became getting to the point of what the "Children's Creed" says. So I had to stop arguing with myself and think like a child. Matthew 18:3
3

By the way, I think "getting to the point" becomes very important when sharing our faith. Staying on-topic is a priority in evangelism. Tell the story and leave the convincing to the Spirit of God. I recommend the booklet from Sola at the end of today's devotion.
4

I couldn't agree more. I don't think that secular thinkers who hear us all arguing over "begotten" will be drawn to share the fellowship with Christ that we enjoy.
Click Here For Content Archives