Look There
Scripture and a reading from Luther's sermons and devotional writings
Pastor Mark Ryman - January 31, 2022 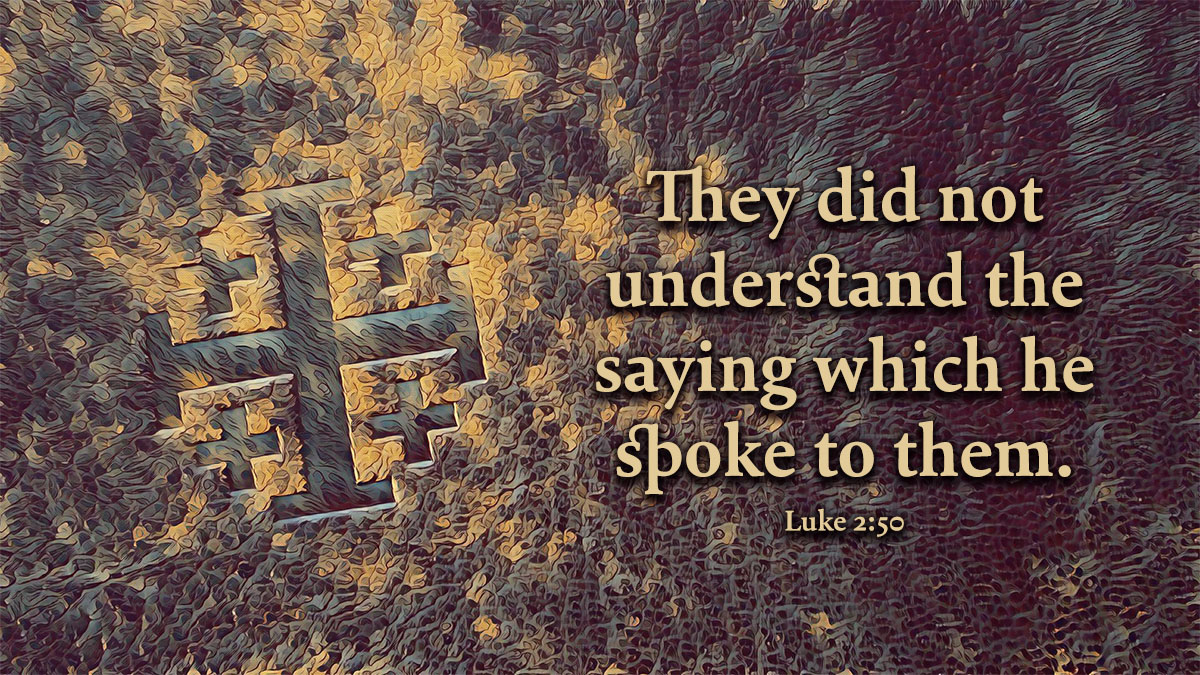 49 And he said to them, “How is it that you sought me? Did you not know that I must be in my Father’s house?” 50 And they did not understand the saying which he spoke to them.

This should close the mouths of vain babblers who exalt the holy Virgin Mary and other saints, as if these knew everything and could not err; for you can see here how they do err and falter, not only in this that they seek Christ and know not where to find him until they accidentally come to the temple, but also that they could not understand these words with which he censured their ignorance, when he was compelled to say to them: “Wist ye not that I must be about my Father’s business?” The evangelist has pointed this out with great diligence, in order that men should not give evidence to such falsehoods as ignorant, inexperienced and conceited teachers of work-righteousness present in exalting the saints, even setting them up as idols.

Examples like this are useful and necessary to show us that even the saints, who are the children of God, and highly favored above others, still have weaknesses so that they frequently err and blunder, yea, retain many faults, at times even commit great sins; yet, not intentionally and willfully, but from weakness and ignorance, as we see again and again in the lives of the apostles. This happens in order that we may learn not to trust nor depend on any man, but to cling to the Word of God only; and in order that we may find comfort in such examples and not be led to despair, although we may be weak and ignorant.

In this gospel you have a strong example with which to overthrow the common cry both of the false saints and of the great critics, which they still keep up, and by which, contrary to the Word of God, they continue to reproach us with the writings and teachings of the fathers and the decrees of the Church and the councils. In this they desire to mislead us concerning the Scriptures and the true place to which Christ himself points and where he can surely be found; in order that what happened to Mary and Joseph may happen also to us, namely, that we seek Christ everywhere and yet find him nowhere except where he is to be found, namely, in the Scriptures.