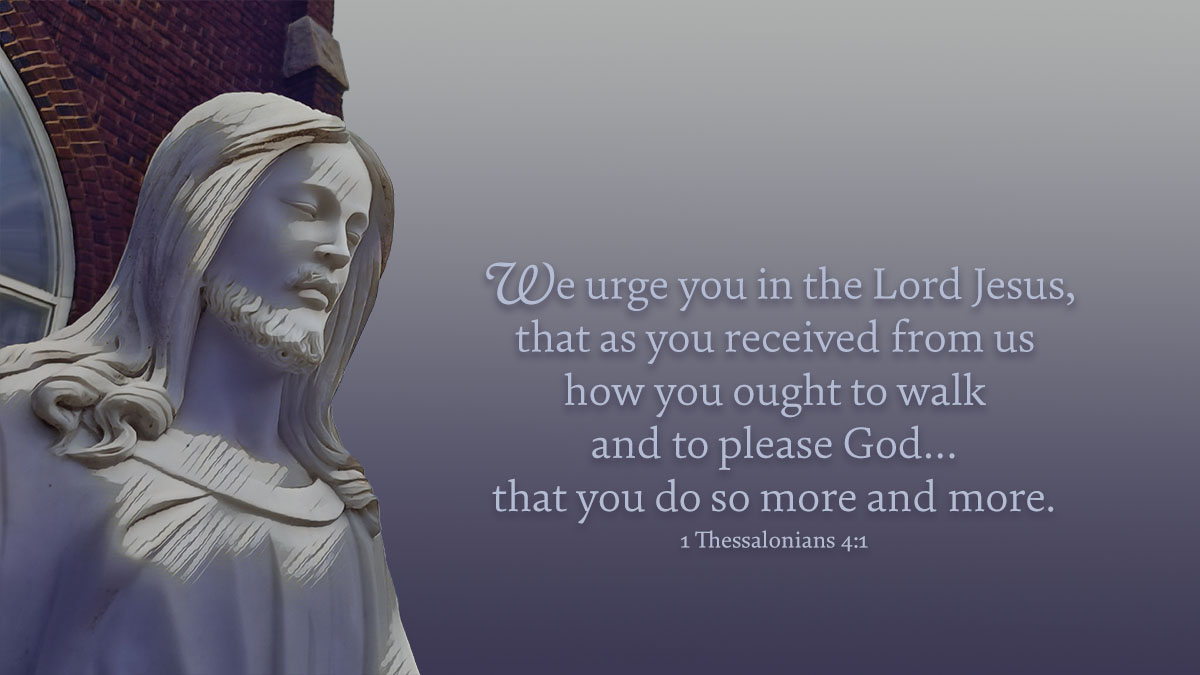 Finally, brethren, we beseech and exhort you in the Lord Jesus, that as you learned from us how you ought to live and to please God, just as you are doing, you do so more and more.

This text is an earnest admonition enjoining upon us an increasing degree of perfection in the doctrines we have received. It is incumbent upon every evangelical teacher to give this exhortation, and all Christians should render a willing and not a compulsory service. Obedience is due from those who have received the Spirit; but those who are not inclined to render a willing service, we must leave to themselves.

Paul places much value upon the gift of knowing how “to walk and to please God.” In the world this gift is as rare as it is great. Though it has been offered to the whole world and has been proclaimed, still there is need of further exhortation with reference to it, and Paul is diligent in administering it. The trouble with us is that we are in danger of becoming indolent and negligent, forgetful and ungrateful.

It was a fact reflecting much credit on the Thessalonians in contrast to the Corinthians and the Galatians that they continued upright in doctrine and true in the knowledge of faith, but they seemed to be deficient in two important features in Christian life, namely, chastity and honesty. Unchastity is a sin against oneself and is destructive of the fruits of faith. Fraud in business is a sin against our neighbor and is likewise destructive of faith and charity.

Though these sins are less pernicious than the gross offenses in error of doctrine and faith, yet God will certainly punish them, if they are not repented of and renounced. Paul threatens such sins with the wrath of God lest any one imagine the kingdom of Christ one which will tolerate such offenses with impunity. These sins do not come within the limits of Christian liberty and privilege, nor does God treat the offender with indulgence. He will more vigorously punish these sins among Christians than among the heathen. Those who sin through infirmity, suffer themselves to be reproved, and repent at once, the kingdom of Christ treats with pity and forbearance. While God bears with the sinner, he would have us perceive our errors, strive to mend our lives and abound more and more in righteousness.

Luther, Martin, and John Sander. Devotional Readings from Luther’s Works for Every Day of the Year. Augustana Book Concern, 1915, pp. 78–79.