On the Third Day
Scripture and a reading from Luther's sermons and devotional writings
Pastor Mark Ryman - April 13, 2022 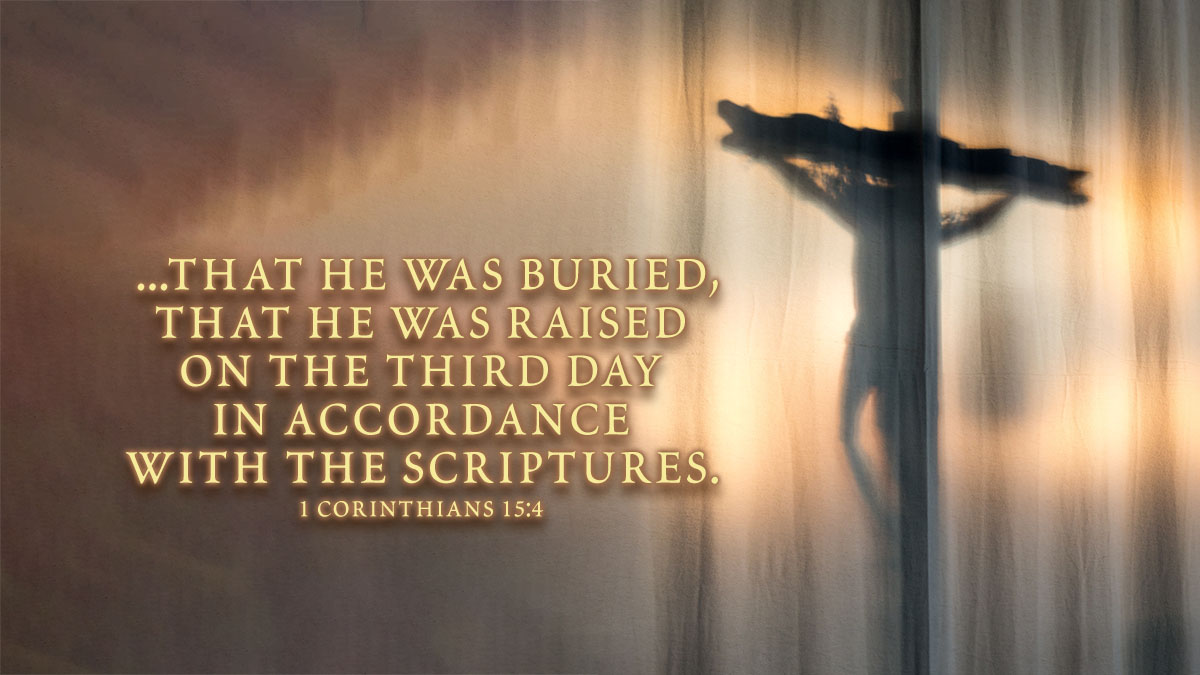 Here we must remember the custom of the Hebrews, for according to the Jewish reckoning the day began in the evening and lasted until the evening of the next day, as the first chapter of Genesis says: “And there was evening and there was morning, one day,” “a second day,” “a third day,” and so forth. Thus the first and greatest Sabbath began on the evening of the day when Christ was crucified, that is to say, at the time of sunset on Friday. In addition to this the Jews had seven full days which they celebrated, and all of which they called sabbaths. On these days they ate only wafers and unleavened bread, for which reason they are called the days of unleavened bread. Christ rose before sunrise.

How can we say then that he rose on the third day, since he lay in the grave only one day and two nights? According to the Jewish calculation it was only a day and one half; how shall we then persist in believing there were three days? To this we reply that he was in the state of death for at least a part of three days. For he died at about three o’clock on Friday and consequently was dead for about three hours on the first day. After that night he lay in the grave all day, which is the true Sabbath. On the third day, which we commemorate now, he rose from the dead and so remained in the state of death a part of this day, just as when we say that something occurred on Easter day, although it happens in the evening, only a portion of the day. In this sense Paul and the Evangelists say that he rose on the third day.

For this period and no longer Christ was to lie in the grave, so that we might suppose that his body remained naturally uncorrupted and that decomposition had not yet set in. He came forth from the grave so soon that we might presume that corruption had not yet taken place according to the course of nature; for a corpse can lie no longer than three days before it begins to decompose. Therefore Christ was to rise on the third day, before he saw corruption.

Luther, Martin, and John Sander. Devotional Readings from Luther’s Works for Every Day of the Year. Augustana Book Concern, 1915, pp. 135–36.