One God, One Mind
Scripture and a reading from Luther's sermons and devotional writings
Pastor Mark Ryman - July 11, 2022 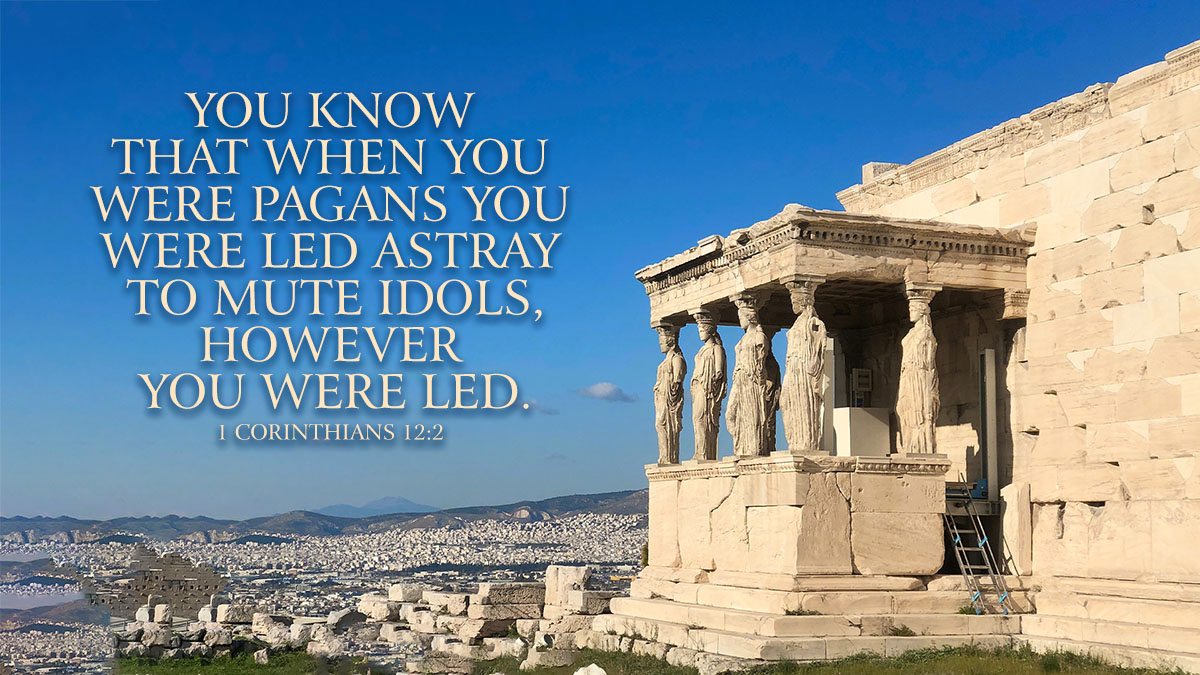 Saint Augustine tells us that the city of Rome alone had more than four hundred gods, and that it erected a church for all the gods of the world — the Pantheon. Paul reminds the Corinthians of their manner of life before they became Christians, for he would have them pause to think that their gifts, past and present, are not of their own procuring, nor are any gifts bestowed upon them because of merit on their part. Recall, he would say, your manner of life before you came to Christ. What were you? Heathen in darkness, having no knowledge of God, but suffering yourselves blindly to be led by any one who would say aught to you of God. All your devotion was but a discordant worship. Each one — the child in the cradle, the infant at the mother’s breast — must have his own idol. These superstitions you accepted as you were taught; you followed after them, praying and sacrificing to them, setting your hearts upon dumb idols which could not teach nor advise you, could not comfort, relieve nor help you.

But now you have turned from that manifold idolatry to the one true worship and have been enlightened by God’s Word. More than that, great and glorious gifts have been bestowed upon you in Christ, as the discerning of the Scriptures, diversity of tongues, power to work miracles — things impossible to the world. It is unmistakably evident that you embrace the true God, who does not, like dumb idols, leave you to wander in the error of your speculations, uncounseled by the Word; a living God, who speaks to you that you may know what to expect from him, and works among you publicly and visibly. Therefore it is not for you to make divisions among yourselves after the manner of the heathen, where one runs to this idol and another to that, each claiming superiority for his own. Knowing that you all embrace the one true God and his Word, you are to hold together in one faith and one mind, not disagreeing as if you had a variety of gods, of faiths, of baptisms, spirits and salvations.

Luther, Martin, and John Sander. Devotional Readings from Luther’s Works for Every Day of the Year. Augustana Book Concern, 1915, pp. 246–47.