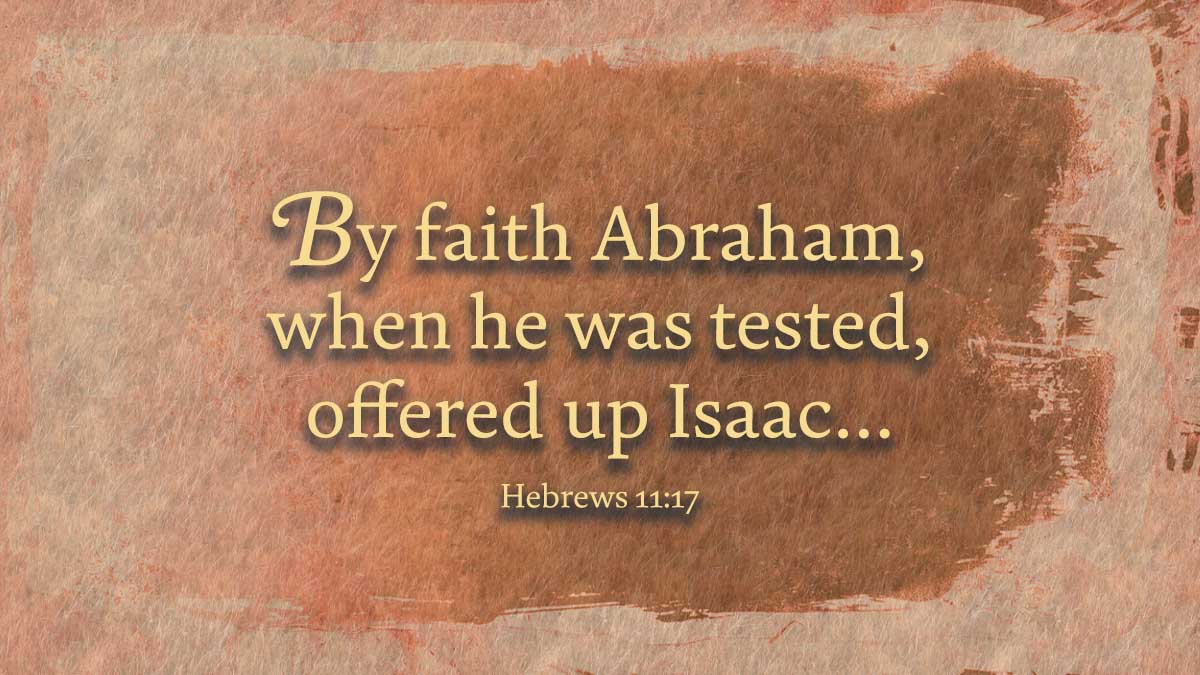 17 By faith Abraham, when he was tested, offered up Isaac, and he who had received the promises was ready to offer up his only son, 18 of whom it was said, “Through Isaac shall your descendants be named.” 19 He considered that God was able to raise men even from the dead; hence, figuratively speaking, he did receive him back.

To reason it was a foolish command God gave to Abraham to slay his son. If reason should be the judge all mankind would come to no other conclusion than that it was an unfriendly and hostile command. How could it be from God, since he himself had said to Abraham that he would multiply his seed through this son, and that it should become as innumerable as the stars of the firmament and as the sand by the sea. Therefore to reason it was a foolish, a grievous and hard commandment. But what did Abraham do? He closes his senses, takes his reason captive, and, obeying the voice of God, goes and does as God commanded him.

By this Abraham proved that he obeyed from the heart; otherwise, even if he had put his son to death a hundred times, God would not have cared for it; but God was pleased that the deed came from the heart and was done from true love to God. It came from a heart that must have thought: Even if my son dies, God is almighty and faithful, he will keep his word, he will find ways and means beyond that which I am able to devise; only obey, there is no danger. Had he not had this boldness and faith, how could he have had it in his fatherly heart to proceed to kill his only and well beloved son?

Later the Jews wanted to follow this example and offered their children to God, hoping thereby to perform a service well-pleasing to God; but it was far from it. O, how many healthy, noble and beautiful children perished! The prophets protested against this service, they preached, warned and wrote against it, telling the people that it was a deception, but all in vain. Many a prophet lost his life because of this, as the history of the Books of the Kings shows.

But why was this service of the Jews displeasing to God? Because it did not come from the heart, and was not done out of love to God; but they simply looked upon the service without the command and word of God. There must be first love in the heart, then follows the service that will be pleasing to God. Abraham proved by his act that he loved God with his whole heart.

Luther, Martin, and John Sander. Devotional Readings from Luther’s Works for Every Day of the Year. Augustana Book Concern, 1915, pp. 354–55.