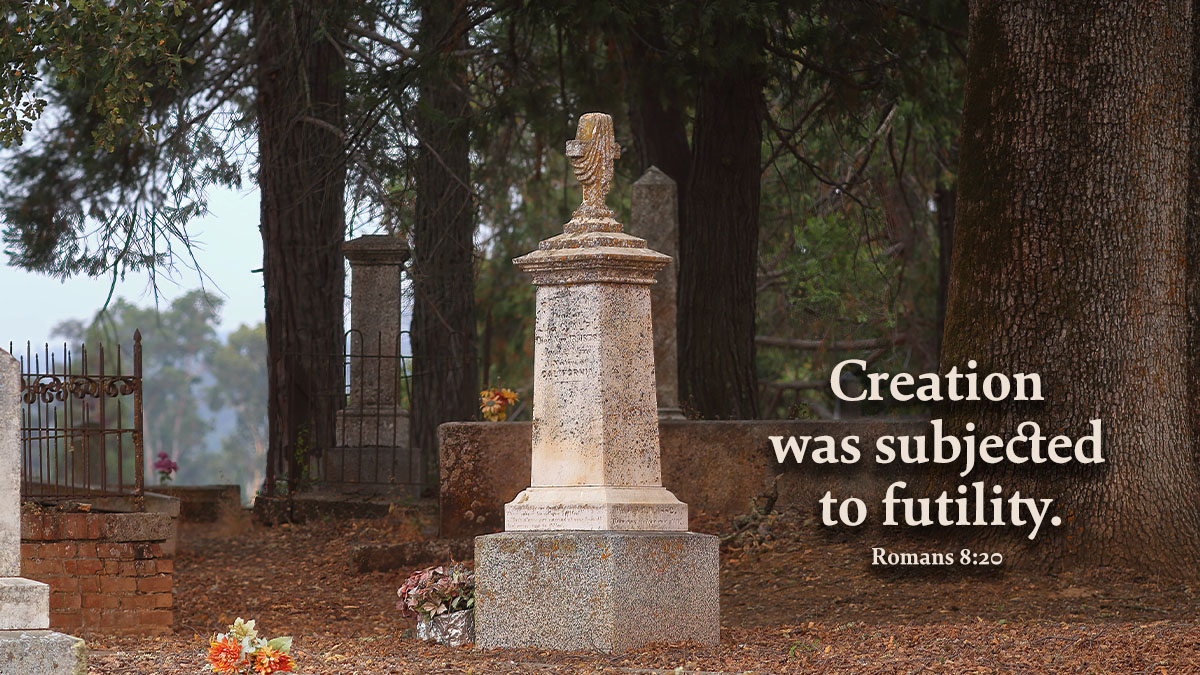 20 ...for the creation was subjected to futility, not of its own will but by the will of him who subjected it in hope; 21 because the creation itself will be set free from its bondage to decay and obtain the glorious liberty of the children of God. 22 We know that the whole creation has been groaning in travail together until now; 23 and not only the creation, but we ourselves, who have the first fruits of the Spirit, groan inwardly as we wait for adoption as sons, the redemption of our bodies.

Paul tells us the whole creation groans and travails with us, ungodly; “subject to vanity,” he phrases it. The blessed sun, most glorious of created things, serves the small minority of the godly. Where it shines on one godly man it must shine on thousands of knaves, enemies of God, blasphemers, persecutors, murderers, robbers, thieves, adulterers, with whom the world is filled. To these it must minister in all their ungodliness and wickedness, permitting its pure and glorious rays to benefit the most unworthy, most shameful and abandoned profligates. This subjection is truly painful, and were the sun a rational creature, obeying its own volition rather than the decree of the Lord who has subjected it to vanity against its will, it might deny every one of these wicked wretches even the least ray of light; that it is compelled to minister to them is its cross and pain, by reason of which it sighs and groans.

Paus tells us the whole creation groans and travails with us, as if desiring relief from anguish. The heavenly planets would gladly be free from serving; the earth would readily become unfruitful; all waters would voluntarily sink from sight and deny the wicked world a draught; the sheep would prefer to produce thorns for the ungodly instead of wool; the cow would rather yield them poison than milk. But they must perform their appointed work, Paul says, because of him who has subjected them in hope. God will finally answer the cry of creation; he has already determined that after the six thousand years of its existence now past, the world shall have its evening and end.

Since man has fallen in sin, we all — the whole creation — must suffer the consequence and be subject to vanity. All created things must be under the power of a condemned world, and compelled to serve with all their energies until God shall overthrow the entire world and for the elect's sake purify again and renew the creature.

Luther, Martin, and John Sander. Devotional Readings from Luther’s Works for Every Day of the Year. Augustana Book Concern, 1915, pp. 233–34.