The Authority to Proclaim
Scripture and a reading from Luther's sermons and devotional writings
Pastor Mark Ryman - October 11, 2022 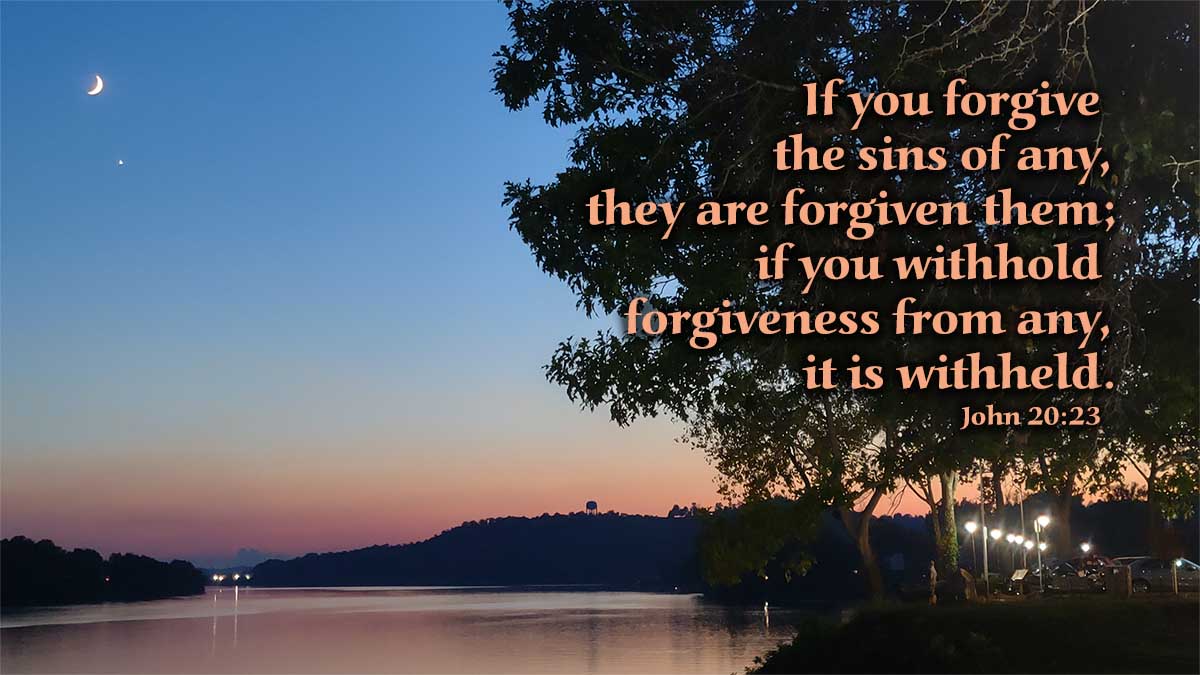 19 On the evening of that day, the first day of the week, the doors being shut where the disciples were, for fear of the Jews, Jesus came and stood among them and said to them, “Peace be with you.” 20 When he had said this, he showed them his hands and his side. Then the disciples were glad when they saw the Lord. 21 Jesus said to them again, “Peace be with you. As the Father has sent me, even so I send you.” 22 And when he had said this, he breathed on them, and said to them, “Receive the Holy Spirit. 23 If you forgive the sins of any, they are forgiven; if you retain the sins of any, they are retained.”

All men who have been baptized and are Christians have this latter power. With this power they praise Christ, and the word is put into their mouth, so that they may and are able to say, if they wish, and as often as it is necessary: Behold, O man! God offers thee this grace, forgives thee all thy sin; be comforted, thy sins are forgiven; only believe, and thou wilt surely have forgiveness. This word of consolation shall not cease among Christians until the last day. Such language a Christian may always use and in this manner has power to forgive sins. Therefore if I say to you: Thy sins are forgiven, then believe it as surely as though God himself had said it to you.

Now if there were no man on earth to forgive sins, and there were only law and works, what a weak and miserable thing a poor troubled conscience would be. But now when God adequately instructs every one so that he is able to say to others: Thy sins are forgiven thee, wherever thou art, the golden age has arrived. On this account we are to be defiant and boastful against sin, so that we can say to our brother, who is in anxiety and distress on account of his sins: Be of good cheer, thy sins are forgiven; although I cannot give the Holy Ghost and faith, I can yet declare them unto thee; if thou believest, thou hast them. They who thus believe these words, praise and glorify God. He has given man power to forgive sins, and thus the kingdom of Christ is spread, the conscience is strengthened and comforted. This we do now through the Word. God grant that we may also thus understand it. But who could do this if Christ had not descended and instructed us.

Luther, Martin, and John Sander. Devotional Readings from Luther’s Works for Every Day of the Year. Augustana Book Concern, 1915, pp. 358–59.