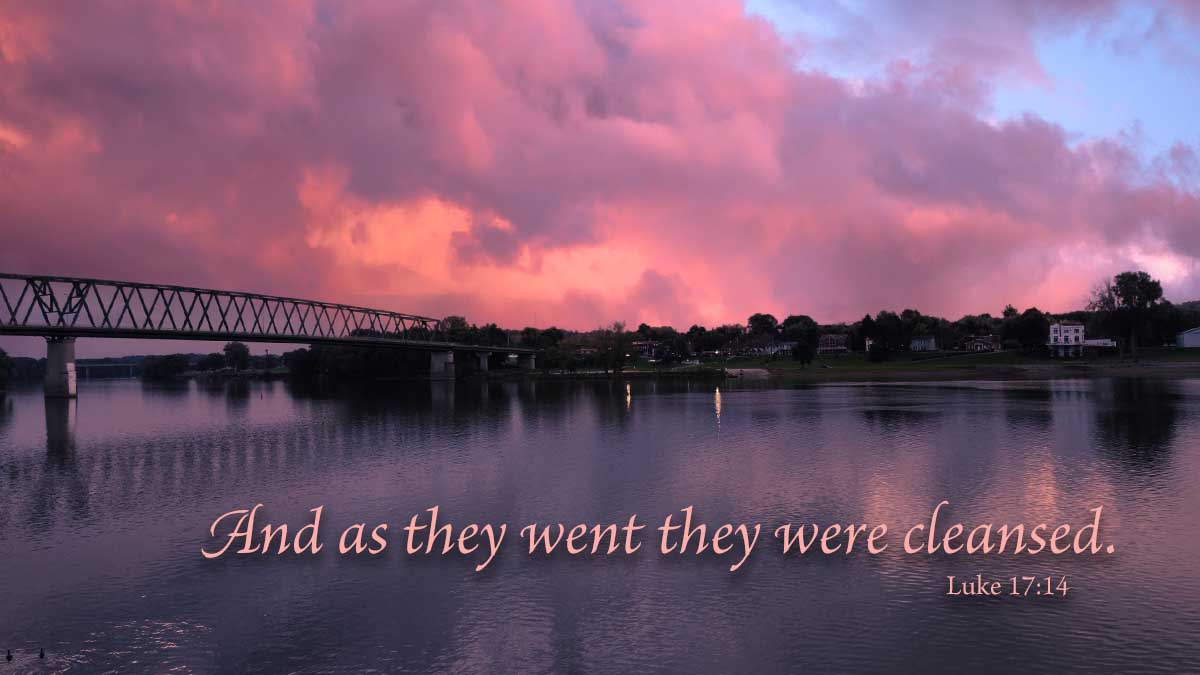 11 On the way to Jerusalem he was passing along between Samaria and Galilee. 12 And as he entered a village, he was met by ten lepers, who stood at a distance 13 and lifted up their voices and said, “Jesus, Master, have mercy on us.” 14 When he saw them he said to them, “Go and show yourselves to the priests.” And as they went they were cleansed.

How very friendly and lovingly the Lord invites all hearts to himself in this example and stirs them to believe in him! There is no doubt that he desires to do for all what he does here for these lepers, if we only freely surrender ourselves to him for all his favor and grace. The Lord desires that we should joyfully and freely venture to build on his favor before we feel or experience it. He has here sufficiently testified that he hears them willingly without any hesitation. He does not first say he will do it, but as though it were already done, he did as they wished. He does not say: I will have mercy on you, and cleanse you; but merely: “Go show yourselves unto the priests.” As though he would say: There is no use of asking, your faith has already acquired and obtained it, before you begin to ask; you were already cleansed in my sight when you began to expect such things of me; only go and show yourselves to the priests; as I consider you and as you believe, so you are and shall be.

Behold, so powerful is faith to obtain all it wants of God, that God considers it done before the asking. Of this the prophet Isaiah has already said, “It shall come to pass, that before they call, I will answer; and while they are yet speaking, I will hear.” Not as though faith or we were worthy of it, but in order that he might show his unspeakable goodness and willing grace, that he might stir us to believe in him, and with joyful and unwavering consciences to look to him for every good thing. For thus Christ hears these lepers before they call, and before they cry out he is prepared to do all their hearts desire. Are not these strong incentives that make the heart joyful and eager? His grace permits itself to be felt and grasped, yea, it grasps and satisfies us.

The lepers have taught us how to believe; Christ teaches us to love. Love does to its neighbor as it sees Christ has done to us. This is a Christian life; it does not need much doctrine, nor many books, it is wholly contained in faith and love.

Luther, Martin, and John Sander. Devotional Readings from Luther’s Works for Every Day of the Year. Augustana Book Concern, 1915, pp. 353–54.